Ultraman 80 episode 10 "The Visitor From Space"

None
Zuruzla (ズルズラー Zuruzurā), also called Zuruzler[1], is an elephant-like Kaiju that first appeared in Ultraman 80 episode 10 "The Visitor From Space".

After Jakki was accidentally eaten by an elephant, the animal transformed into a huge monster. It quickly began to attack, forcing U.G.M to back away as it defended itself with pressurized blasts of water. However, Ultraman 80 shrunk down to a size smaller than that of a human and flew into his trunk. After using his Eye Spot to rid the anger of Jakki and flying the normally friendly creature out of Zuruzla, the hero returned to his normal, giant size and used the same technique to turn the monster back into an elephant. 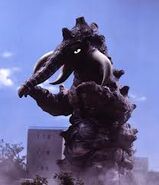 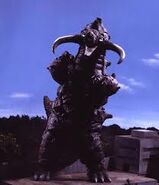 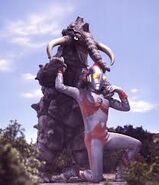 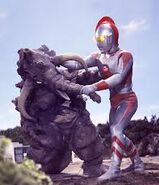 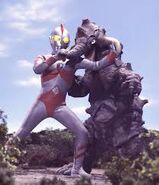 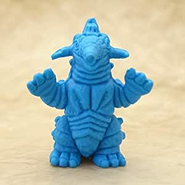