None
Zora (ゾラ, Zora) was a plant Kaiju that appeared in the TV series Ultraman 80. It appeared in episode 31.

Grown and discovered by a young girl, Zora started off life as a small plant that could use and eventually grew to the size of a man. When U.G.M heard about it and investigated, the creature released a yellow gas at the humans. As they choked on the yellow gas, Zora grew to the size of a giant. Jets were sent in to attack it, but it gassed them out of the sky. As the battle raged, Takeshi transformed into Ultraman 80. The plant lashed out with its whips, strangling the hero to the point that his timer began to flash. Worse yet, the plant used its poison gas, hurting 80 even more. As his time quickly vanished, 80 surged energy through the vines, forcing Zora to release its grip. The giant then used his energy cutters to sever the vines. He then hit it with his Succium Beam, killing Zora.

After the battle, 80 revitalizes the young girl's ruined garden as a favor for her sick mother. The Monster Seed Flies 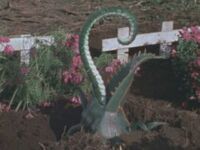 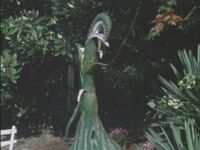 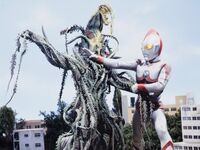 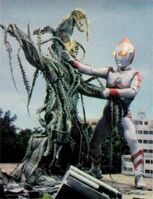