A legendary Kaiju from the Alien Shilback legends, Zombayu had the ambition to consume the souls of the inhabitants of every planet he thought was beautiful. He was recently seen attacking the spaceship of an Alien Silback who ate the all of the crew besides the captain. After that, he took control of the spaceship and flew it to Earth, where he took the souls of several people, including the unfortunate Super GUTS member Ryo. Soon after, Super GUTS attacked the spaceship/Zombayu and blew a large hole on its side. Asuka and Kouda was then sent in with 19-minute shields into Zombayu, where the dead captain's sea log was found. However, Zombayu took control of the corpse and attacked Asuka and Kouda, who ralleyed with their pistols. Zombayu left the body each time a shot was fired, making the controlled corpse/zombie seemingly invincible. The barriers ran out and Zombayu/zombie launched his special beam which stole Kouda's soul. Before Asuka passed out, he transformed into Ultraman Dyna and used his finger bullets to demolish the corpse. He then took Kouda and fled the spaceship as it mysteriously crashed, revealing the Zombayu within. Zombayu then began to trick Dyna using his mirage, forcing the giant to transform into Miracle Type. Using Miracle Type, Dyna gained a short advantage but was then caught by Zombayu's energy beam and control beams. Dyna then shifted back into Flash Type and attacked Zombayu. Zombayu then took the plasma out of Dyna's legs and began to carry him to space when Dyna used his Solgent Energy Ball to blow Zombayu up, exposing his ball of plasma which Dyna carried around until all the souls returned to their proper places. 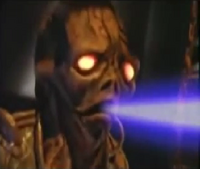 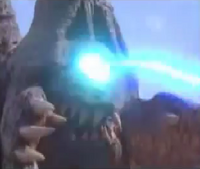 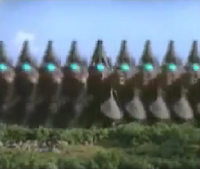 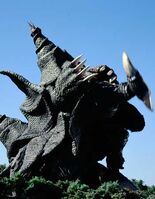