Zogu (ゾグ, Zogu), also known as Zog, is the final threat of the TV series, Ultraman Gaia. She was a sent by the Radical Destruction Bringer to finally defeat the two Ultramen guardians, Ultraman Gaia and Ultraman Agul, and to crush mankind's spirit, in order to make a quick and easy victory. First appearing in her First Form (第1形態 Dai-ichi Keitai), the alien appeared to be an ally, before transforming into her Second Form (第2形態 Dai-ni Keitai) and attacking. She appeared in episodes 49 though 51.

With the destruction of Zebub and the failure to recruit Ultraman Agul to fight with them, the Radical Destruction Bringer decided to put in to motion its ultimate plan. Sending one of its most powerful agents, Zogu and her Dobishi army.

The Dobishi were sent out first to swarm over the Earth blocking out the sun's light and instilling fear into mankind, then they over whelmed the Earth's guardians of the land and sea. Zogu then destroyed the three Kaiser Dobishi that had been fighting the two Ultras, before descending from a wormhole above the fight in a long beam of light in her angelic appearance, and restored Ultraman Gaia and Ultraman Agul to their full power, seemingly appearing as an Angel arrive from heaven to save the Earth.

However Zogu was quick to show her true motives. She put Agul in a trance to come towards her, Zogu then used a shock wave ball to send him flying across the city and then turned her attention towards Gaia. But then Agul tried to hold his own, but it cost him his life gauge. Zogu then shot Agul back towards Gaia rendering them both finished, she took their energy to prevent them from returning. Just before she could kill the heroes human hosts, Gamu Takayama and Hiroya Fujimiya, XIG's Team Hercules and Gamu's EX Fighter driven, by the A.I. PAL, distracted Zogu long enough for the two hosts to escape. Zogu however destroyed the EX Fighter along with PAL and returned to her wormhole as her Dobishi army spread darkness over the Earth's skies, and as a result she destroyed mankind's will to win against the Radical Destruction Bringer's forces.

XIG however refused to give and with the help from Guard America, XIG used energy of the Earth's kaiju and converted it into light energy for Gamu and Hiroya to transform back into the Earth's guardians. As the two heroes were to eliminating the Dobishi army, Zogu attempted to ambush them, but the two were well prepared for her, being more powerful than before with the energy they had received. The two began unleashing a barrage of attacks at Zogu. Being in pain and becoming annoyed, Zogu transformed into her true form.

Zogu's true form, a demon into which she transforms into during the final episode of Ultraman Gaia.

After being ravaged by Agul and Gaia's attacks, Zogu shed her angelic appearance to reveal the true demon she was. The unbelievably huge beast crushed buildings below her massive feet and soon attacked with an energy ball, only for the two to combine their shields to defend themselves. Gaia Supreme flew at Zogu, only to be batted down and crushed under her foot. Agul freed his ally, then together smashed off Zogu’s horns, only annoying the titanic ruler of M91, who batted them to the ground and leveled them with her energy ball.

As the two recovered, the legendary Mizunoeno Dragon arrived on the scene and attacked her with everything he had, but it was like a mosquito attacking the demon, succeeding in nothing but annoyance. The Root of Destruction unleashed another energy ball, striking the brave guardian with enough force to take him out of the battle. However, Agul and Gaia had recovered from the attack and flew straight through her throat, erupting out her back. But even this did little more than enrage the tyrant, who chased after them crushing everything in her wake. But the two Earth heroes managed to get far enough to charge up and fire their Photon Stream and Agul Stream together, forming a blast of energy that tore clean through Zogu’s massive body. Roaring in agony, Zogu’s huge form exploded into a shower of flesh, ending Zogu’s reign of terror and the invasion of the Radical Destruction Bringer.

Zogu (Second Form) along with Five King's Kaiju Capsules were used by Ultraman Belial in his Fusion Rise form, Chimeraberus.

Transform
Add a photo to this gallery
Second Form

Pain Resistance
Add a photo to this gallery

Zogu was released twice by the Ultra Monster series. The first came out in 1999 with a grey color. The 2000 version however, has a darker grey color but both are still accurate and have 6 points of articulation. Unfortunately, Zogu is only 5.5 in tall and her hands are attached to the wings and they can turn 360. In 2014, Bandai released a Zogu (Second Form) DX Spark Doll. She is very detailed and accurate. Zogu (First Form) figures have also been released. 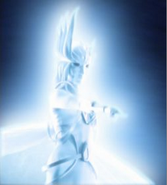 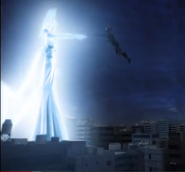 Zogu transforming into her second form

Zogu's end
Add a photo to this gallery

Add a photo to this gallery
Retrieved from "https://ultra.fandom.com/wiki/Zogu?oldid=433137"
Community content is available under CC-BY-SA unless otherwise noted.