In use
The Zero Sluggers (ゼロスラッガー Zero Suraggā) are twin Sluggers, similar to Ultraseven's Eye Slugger, that are wielded by Ultraman Zero, Darklops Zero, and Ultraman Zero Darkness.

Like the Eye Slugger and most Sluggers in general, the Zero Sluggers can be used as projectiles, or as hand-held blades. Like all Sluggers, they can cut through dense materials. Energy can be directed into them to improve their cutting ability.

Unlike his father, Zero can use his blades to fire an Ultra Beam.

Thanks to his empowerment and various forms, Zero can use them for other means. This includes combining them into one larger crescent blade, known as the Zero Twin Sword (ゼロツインソード Zero Tsuin Sōdo) and multiplying them and controlling them mentally. As Ultraman Zero Beyond, he has four of these Sluggers, however they are non-detachable and energy projections take their place when used in combat. 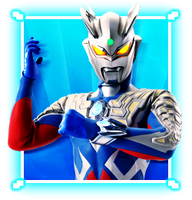 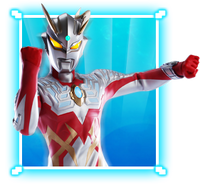 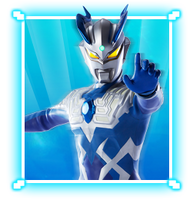 In 2010, Tsuburaya Prod. and Televi-Kun launched a competition called New Power-up Armor Design Contest (新強化アーマーデザインコンテスト Shin Kyōka Amā Dezain Kontesuto) for the readers to design armed forms of Ultraman Zero, where he would turn his Zero Sluggers into battle armor.

After the competition was over, the two winning entries made their appearance in Ultraman Festival 2010, as Zero splits into three and the two copies initiate the Zero Slugger Gear (ゼロスラッガーギア Zero Suraggā Gia). 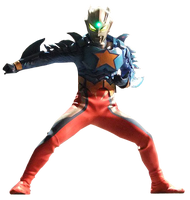 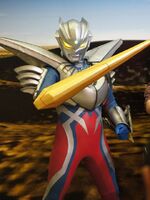 The Zero Sluggers on Zero's chest 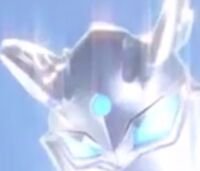 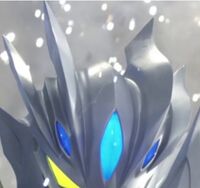