Ultraman Ace episode 20 "The Star of Youth, the Star of a Couple"

Ultraman Story
Zemistlar (ゼミストラー Zemisutorā)[1] is a Terrible-Monster created by Yapool in Ultraman Ace. He appeared in episode 20. It was born from the fusion of an Earth cicada and a space monster.

Another of Yapool's bizarre creations, Zemistlar was assigned to destroy a certain ship. It was going to bring peace to Earth and Hokuto witnessed the ship flying so Yapool decided to summon the Terrible-Monster Zemistlar! Zemistlar went on a rampage and TAC was quick to assess the situation. TAC fired on Zemistlar but the Terrible-Monster was persistent and kept on his way to the ship called Scandinavia. The ship's designer decided to cut the chains of the vessel and make it set sail on its own and won't stand its destruction. Before Zemistlar could destroy the ship, Minami broke the Terrible-Monster's concentration while he's using telepathy. Hokuto and Minami becam Ultraman Ace and battled Zemistlar. Zemistlar proved to be a tough fighter and used telepathy on Ace, weakening him. Scandinavia's chains were set loose and the Terrible-Monster fell victim to Ultraman Ace's Metalium Beam. The Star of Youth, the Star of a Couple 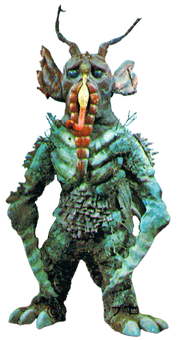 Figure of Zemistlar by Marmit 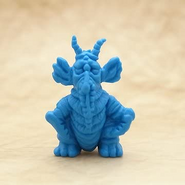 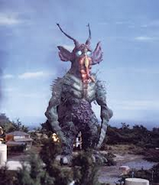 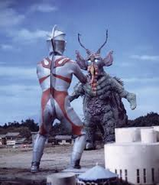