None
Zazahn (ザザーン Zazān) is a Kaiju that appeared in the TV series, Return of Ultraman. A sea monster that appears to be composed almost entirely out of kelp, Zazahn appeared in the first episode of the series, where it was defeated by Takkong.

Zazahn was one of two aquatic monsters that rose from the depths of the ocean along with Takkong. The two monsters battled at once, smashing through nearby structures in Tokyo Bay. During the midst of their fight, a young man known as Hideki Go was killed while he was rescuing lives from the two monsters' destruction. Zazahn and Takkong continued their titanic war, until finally the battle ended with Zazahn being beaten to death by Takkong. 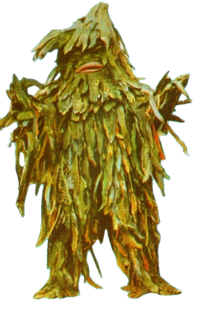 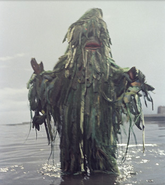 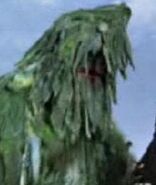 Figure of Zazahn, by Bullmark. 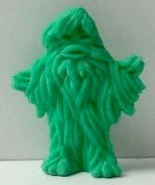