Zarudon uses his powers to teleport and control visiting people with his mind, placing him under their command while the monster is dormant in their dimension so that he can devour them to increase his strength. While Takeshi Yamato and the new chief of UGM,Itou were escorting the victims out of his lair,Officer Harada still thinking Ito was a alien woke up Zarudon and then the monster went on a rampage using his eye rings to make buildings and UGM fighting vehicles disappear but the latter managed to escape thanks to the captain's training. After destroying a lot more buildings, Ultraman 80 revealed himself and the two of them started to fight each other.

After 80 delivered a brutal beatdown to the monster and dodging his eye rings, 80 summoned a mirror to reflect the attack right back at the monster, sending him back to his own dimension, with 80 following in pursuit.

Zarudon managed to use the dimension's properties to his advantage, resulting in 80 losing and his color timer going off. Nonetheless, he never gave up and destroyed the monster with an Ultra Double Arrow followed by his signature Succium Beam. 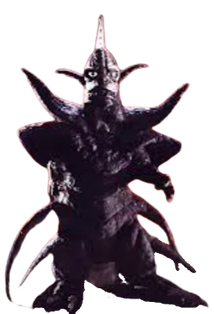 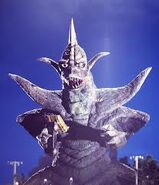 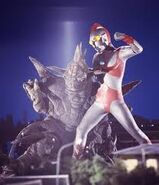 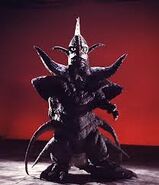 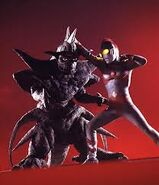 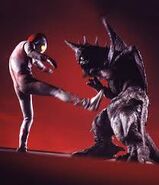 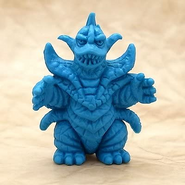 A Zarudon eraser
Community content is available under CC-BY-SA unless otherwise noted.
Advertisement