None
Zanba (ザンバ Zanba) was a Kaiju that appeared in episode 23 of The☆Ultraman.

Blazing like a comet through the far eastern skies was the ray-like monster Zanba as he destroyed whatever man-made structure was in his ever expanding territory. Zanba would be faced with the Japanese military only to easily decimate their forces. The Scientific Defense Guard was called in to help assist the Self Defense Force take out Zanba only for them to be easily defeated by the the speeding beast even with a prototype super sonic aircraft. After the experimental aircraft was defeated by Zanba a second time, Choichi turned into Ultraman Joneus to fight the giant speedster. Joneus and Zanba could not gain an upper hand on either one at first, but with help from the Scientific Defense Guard, the hero was able to win upon using his body like a giant corkscrew before finishing the ray-like monster with two shots of the Planium Ray. 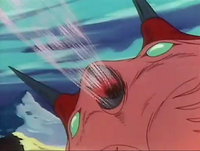 Wind Breath
Add a photo to this gallery 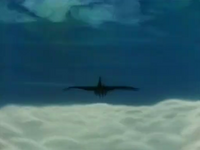 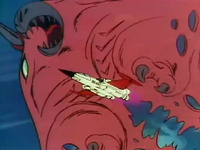 Add a photo to this gallery
Retrieved from "https://ultra.fandom.com/wiki/Zanba?oldid=513661"
Community content is available under CC-BY-SA unless otherwise noted.