None
Zamu Revenger (ザムリベンジャー Zamu Ribenjā) is a robot made by Alien Zamu and constructed in the image of its creators. The machine appears in Ultraman Neos, episode 6.

While HEART was escorting an agent a mysterious saucer followed them and began to attack. However, the two HEART Winners showed up just in time and chased the saucer away. Later that day HEART began to analyze the saucer and concluded that it was not from Earth and has traces of Dark Matter. After the agent turned out to be Zamu Seijin in disguise and took the Estreiler to prevent Genki from turning into Ultraman Neos, Zamu Revenger, the saucer spotted earlier, revealed itself and turned into its true form. After the HEART Winners failed to stop Zamu Revenger, Genki turned into Neos while Ultraseven 21 was fighting Zamu. Neos stood no match as Zamu Revenger was easily pushing him around and withstood every attack. Before Zamu retreated she said one of the HEART members was given a command bracelet and its destruction would stop Zamu Revenger. Ultraseven quickly tracked down the member of HEART and destroyed the command bracelet, making Zamu Revenger unable to fight. Neos finished him with a punch to the eye. 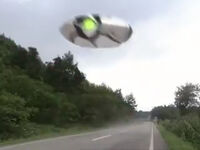 Transformation
Add a photo to this gallery
Robot Mode

Shield
Add a photo to this gallery 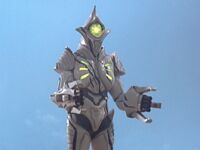 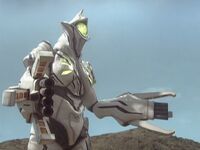 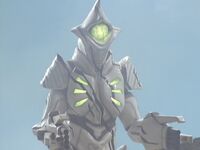 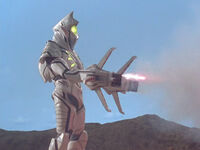 Add a photo to this gallery
Retrieved from "https://ultra.fandom.com/wiki/Zamu_Revenger?oldid=514970"
Community content is available under CC-BY-SA unless otherwise noted.