None
Zakira (ザキラ, Zakira) was a Kaiju that appeared in episode 28 of the TV series, Ultraman 80.

A space predator, Zakira preyed on the Val. When UGM came into space, they witnessed Zakira in action, attacking a flock of the space monsters. The merciless beast bit down on one of them, killing it. As the creature sensed easy prey on Earth, UGM headed into space to cut him off and try to stop his advance but the monster's thick armor proved resistant to every weapon they shot at it, barely tickling him. The space monster turned fire with his eye bolts, disabling the ship easily and knocking out everyone by Yamato, who tried to stop it with the ship but it seemed pointless, so he became Ultraman 80 to stop Zakira from killing the young kaiju. The monster landed and threatened the young Kaiju but 80 tackled Zakira to the ground and took it off guard but its immense strength began to overwhelm him and had him on the verge of defeat. But as he prepared to finish him, the infant Val broke free and attacked but was no match for Zakira and beaten down by the behemoth's great strength then Zakira bit into his neck, looking for blood. Thankfully, seeing the young monster in trouble awakened 80 who fought the space creature again with renewed strength, pummeling it with a barrage of kicks and punches. After dodging the predator's eye bolts, 80 fired his Ultra Arrow Shot but it still wasn't enough to kill the monster, causing 80 to fire the Succium Beam into exactly the same spot, finally striking Zakira down. Alas, despite Zakira's demise, he'd succeeded in what he'd come to do and the infant soon died of his wounds. 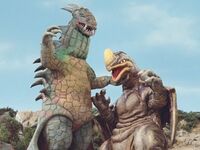 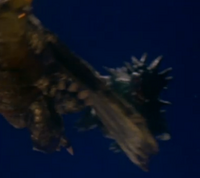 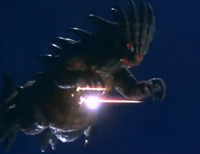 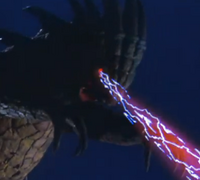 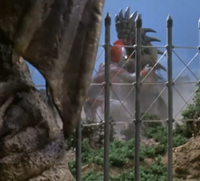 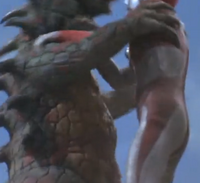 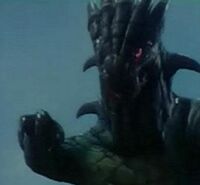 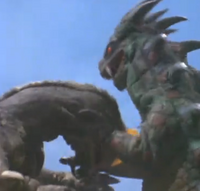 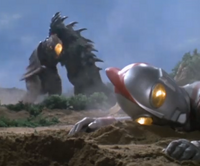