An Ultra from the Land of Light in Nebula M78, Zaji first appeared on an alien planet protecting it from the rampage of the monster Zaragas. With his ice powers he stopped the monster's attacks, immobilized it and sliced it apart. After the battle he found a strange piece of technology that was part of the monster and returned home to a meeting with other Ultras who made a similar discovery. There with Mother and Father of Ultra, Zaji, Drew, Flare, Gorian and Zoffy discussed the implications of these discoveries.

It was then that the devices combined to show a shadowy image of a Baltan, the race that had sabotaged their Plasma Sun and caused the birth of the Ultras and monsters. The Baltans declared themselves conquerors of the universe and as an act of to show their superiority they desired the extinguishing of the flame of the nearby Ultra Tower.

All the Ultras worked to protect the flames, the conflict ending when Zoffy destroyed the merged devices. Zaji and the others used their powers to maintain the flame and return it to its rightful place. 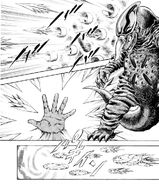 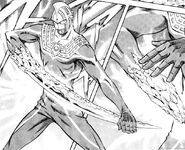 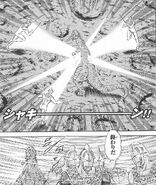