None
Zaigon (ザイゴン, Zaigon)[1] was a Terrible-Monster that appeared in Ultraman Ace. Befitting its subtitle, it was created by combining a rhinoceros with a space monster.

A monster that belonged to the Alien Antira. Zaigon went on a destructive rampage after being unleashed in the middle of a city. TAC was quick to respond to the situation, but were also put at bay by Zaigon's flames. As they were going to fire their new weapon on Zaigon, they encountered Hideki Go, the human host of Ultraman Jack. While Go's face was burned by Zaigon's flame, Go managed to use a laser on Zaigon, causing the Terrible-Monster to disappear. In reality, the monster had teleported away to recover by his master. However after Alien Antira's identity as Fake Hideki Go was exposed, he summoned Zaigon again to take care of TAC. TAC tried to kill the Terrible-Monster via planes but with no success. After Alien Achira was killed, Hokuto and Minami transformed into Ultraman Ace and battled with the rhino-like Terrible-Monster himself. Ace then proceeded to taunt Zaigon by using a red flag as a cape, bullfighting with the Terrible-Monster, but the taunting didn't last long after Zaigon used his flames. After shooting the Terrible-Monster in the mouth, Ultraman Ace decapitated Zaigon with his Ultra Knife. Ultraman Ace then took Zaigon's head and erected it as a tomb for the monster. Decisive Battle! Ace vs. Hideki Go 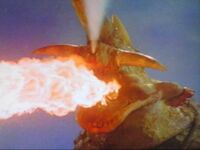 Flame
Add a photo to this gallery 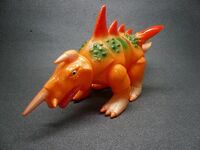 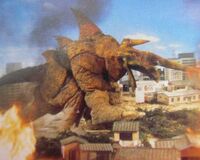 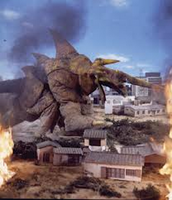 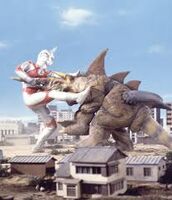 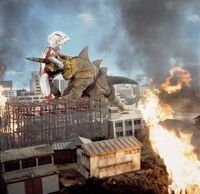 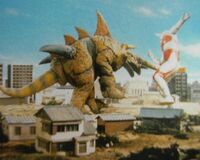 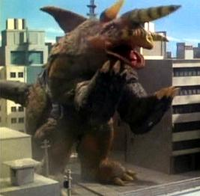 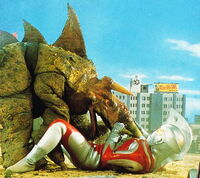 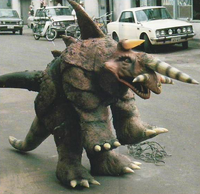 Retrieved from "https://ultra.fandom.com/wiki/Zaigon?oldid=533339"
Community content is available under CC-BY-SA unless otherwise noted.