Father (The king of the Land of Light)

Yullian (ユリアン Yurian) is a princess of the Land of Light, and a childhood friend of 80. She originally came to Earth to warn 80 that King Galtan the Great was planning to assassinate him. She sent Takeshi Yamato, 80's human form, warnings of his enemy's approach by making the Bright Stick blink, the quicker the blinking the closer Galtan and his people were. When arriving on the Earth, she disguised herself as a woman named Ryoko Hoshi, and after Galtan was defeated she joined UGM. It wasn't until episode 49, that she finally transformed into her true form to assist 80 in the fight against Plazma and Minazma, even though she was not a warrior like 80.

The princess of Nebula M78, Yullian ran the Land of Light second only to her father. Yullian never engaged in any type of combat until a tribe of mercenary-style aliens known as Alien Galagala and their leader King Galtan kidnapped Yullian and were planning to kill Ultraman 80. Yullian managed to escape to Earth where 80 was assigned to defend at the time. As UGM went to scout out the  disturbance, they found the Garagara, who wanted Yullian as she was disguised as a human named Ryoko Hoshi. After 80, under the guise of Takeshi Yamoto, defeated the tribe, they killed UGM's only female member Emi Jouno, causing UGM great rage. After 80 defeated the Garagara and their leader Galtan, Ryoko joined UGM. For a time there was no need for her to take action until the minus energy of the Earth created the monsters Plazma and Minazma. 80 was being beaten by the dual monsters Plazma and Minazma until Ryoko showed her true form. With her help, 80 was able to defeat the two monsters. Both Ultras would soon return to their homeworld, after UGM defeated Margodon, ending the age of negativity and the Earth would be safe from monsters for twenty five years.

After Ultraman Belial arrived at the Land of Light with Ultraman Taro defeated, she, along with many other Ultramen, went to fight him. After the long battle, every Ultra was defeated by Belial. When Belial took the Plasma Spark, the Land of Light was freezing, Yullian was seen helping an injured Ultra, with being helplessly frozen in a blink of an eye. After the Plasma Spark was recovered, Yullian, along every Ultra went to listen to Ultraman King's speech in the end.

Yullian was seen alongside the Ultra Brothers, investigating the robotic piece that a destroyed Darklops has left, and later discovered from where it came from. When Kaiser Belial's army arrived to the Land of Light to destroy it, every Ultra Warrior went to fight his army, being able to defeat it after a hard battle.

Yullian possesses her own human form like 80, Leo, Ultraseven and later Mebius. To transform she uses the Bright Bracelet. Her transformation scene is similar to 80's first, she lifts her right arm into the air and shouts "Yullian" and then light covers her body transforming her into her Ultra Form. 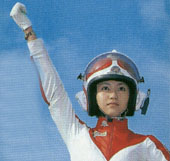 Yullian's human form
Add a photo to this gallery

Specium Ray
Add a photo to this gallery 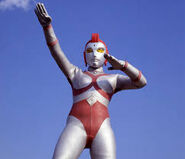 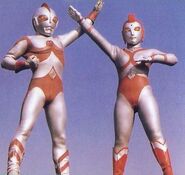 Yullian and 80 standing in victory

80 & Yullian in the final episode

80 & Yullian returning to M78.
Add a photo to this gallery

Yullian about to fight Belial. 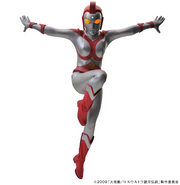 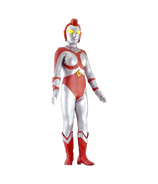 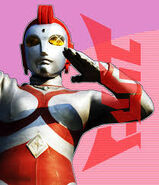 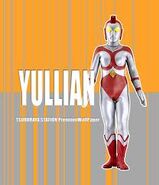 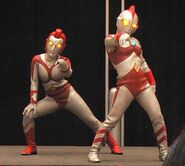 Yullian and 80 at a stage show.

Yullian and 80 in the Super Fighter Legends manga

80 and Yullian 50th
Add a photo to this gallery

Retrieved from "https://ultra.fandom.com/wiki/Yullian?oldid=437114"
Community content is available under CC-BY-SA unless otherwise noted.