A former scientist of the Star Cluster Alliance, Yapool was a genius and leading engineer in the alliance. Some of his technology also went into creating the Ultraman Suits. Along with the Minami family, Yapool was part of the inspection team sent by the Star Cluster Alliance, to see if Earth was ready for admittance. However, the team seemingly came across something that made them the targets of assassination by a high ranking member of the alliance. Yapool and the Minami family were on the plane destoyed years before the start of the series. How he survived was unknown, but he did so with at least one member of the Minami family, Yuko's mother or older sister. Bemular left Seiji Hokuto with him and Yapool became his guardian, supplying him with prosthetic limbs and an Ultraman suit.

During his time on Earth, he made his living disguised as an old man running a small shop. He has also gone out of his way to avoid being discovered. However, he never wanted Seiji to find out the truth about the airplane incident, as he knew that the boy would never let it go. To that end, he made up a story about monsters roaming around, and created them to lend credence to his lie. However, Seiji eventually found out from Edo and went after the Ace Killer Squad.

Yapool, worrying for Seiji's safety, went to the SSSP for help, and told them everything he knew after being captured and interrogated, even revealing that the Star Cluster Alliance themselves were behind the incident. After that, he was captured by Jack and brought to America, where he made three Ultraman suits with whatever he could work with. Agent Adad was sent to look for him.

After the airplane tragedy many years ago, Yapool took in a very young and wounded Seiji Hokuto and provided him with prosthetic limbs, raising him like a child of his own in the alien city.

Years later, he helps Seiji create the Ace Suit. Seiji frequently pays him for his services by robbing other people.

Later on, Seiji learns from Yapool that Ace Killer and his gang attacked an oil rig where Yuko was supposedly at. After being given information on Ace Killer, Seiji rushed back to Yapool to get his weaponized arm back but despite being warned that he could not take them on, Seiji leaves anyway, and Yapool is distraught. He is terrified after seeing an approaching Edo. Yapool rushes to the Giant of Light Memorial to warn them of what was going to happen, but is instead cornered by Moroboshi and a SSSP squad and brought in for questioning. He tells the SSSP that Bemular did not blow up the plane and that a group of mercenaries, who are after Seiji, are the true perpetrators, and they hid on Earth as humans. He begs the SSSP to save Seiji and when asked, he reveals that the Star Cluster Alliance itself that were the masterminds behind the attack. Ace Killer

In the midst of night, Jack infiltrates the SSSP via rooftop, knocks out Yapool and puts him in a bag. A Real Ultraman 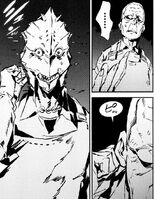 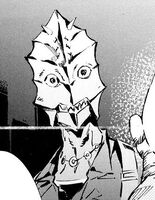