Yapool's Alternate Dimension (異次元空間 Ijigen Kūkan)[1][2] is the home world of Yapool and his Terrible-Monsters. It is also where he creates his Terrible-Monsters. The dimension appears to be very small, but large enough to hold its own atmosphere, made up of red air and dark clouds. Whenever Yapool is observed, his psychic energies make the atmosphere glow and warp in many different colors.

In Ultraman Mebius, Yapool used his dimension to create a giant pocket dimension. This dimension depicted an apocalyptic version of Earth and was at least the size of a large city.

In Ultraman Z, leftover energy of the Alternate Dimension was utilized by GAFJ through what remained from Baraba's sword horn, manifesting in the form of a superweapon named D4. It would appear that energy originating from within Yapool's Dimension is extremely volatile when concentrated, as the first D4 managed to leave a crater two kilometres wide in Nakanotorishima, while the firing of the D4 Ray eradicated a large area of Tokyo, and initiated a dimensional collapse event that nearly destroyed the entire universe before Z brought a stop to the incident with his Zestium Ray. D4 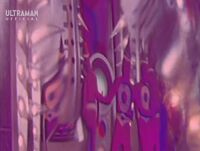 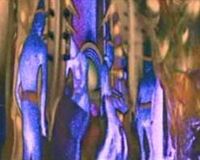 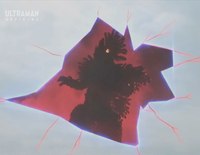 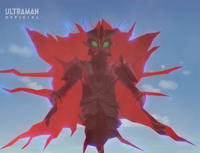 Retrieved from "https://ultra.fandom.com/wiki/Yapool%27s_Dimension?oldid=522649"
Community content is available under CC-BY-SA unless otherwise noted.