Yametaranese was a monster sent by Sasahiller in his plan to conquer the Earth without opposition by making all of humanity lazy and unmotivated. Yametaranese himself however was as his power portrays him, lazy. He was first discovered in a park by a lazy boy named Jiro, who rather than become lazy from Yametaranese, became hyperactive. Running around the city, Jiro spread Yametaranese's lazy radiation to several people around town in an epidemic-esque fashion, transforming everyone into acting lazy and unmotivated, according to Sasahiller's plan. Also while Jiro spread his laziness, Yametaranese himself proceeded to grow to gigantic proportions from being left alone and find lots of food to eat.

MAT was called into action by the city's extreme growth in laziness and while on patrol, found Yametaranese as a giant. Before MAT could respond however, they too became victims of Yametaranese's laziness radiation. Jiro then took matters into his own hands by taking one of MAT's weapons and firing it at Yametaranese. This upset Yametaranese and quickly put Jiro in danger, but thanks to Hideki's motivation finally kicking in once he saw Jiro in danger, Hideki transformed into Ultraman Jack to fight the monster. Sure enough, Ultraman Jack was quickly contaminated by Yametaranese laziness, but the Ultra managed to use the Ultra Bracelet to shrink Yametaranese back down to his original size, preventing any more incidents from spreading any further. Also by Jiro's request and realizing Yametaranese was not truly evil, Ultraman Jack took the tiny monster and hurled him back into space where he could live peacefully and free from Sasahiller's control, thus preventing his laziness from doing anymore damage. However, these actions would only prompt Sasahiller to take matters into his own hands. I'm Taking the Earth

Yametaranese appeared in the second movie special and was the last monster to be Ultlived by the Livepad. When he came in, Gomora, Reionic Burst Gomora, and EX Gomora became lazy and sleepy. Dog was distraught by this and left. After he was gone, Gomora defeated Reionic Burst Gomora first and then EX Gomora after that with a single kick. Ultraman Ginga Theater Special: Ultra Monster ☆ Hero Battle Royale! 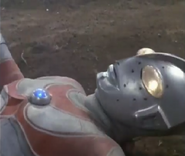 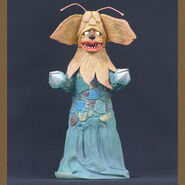 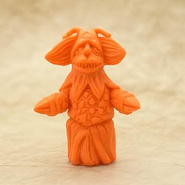 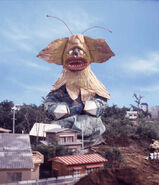 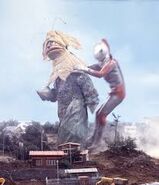 Yametaranese and Alien Magma in a stage show