The☆Ultraman episode 10 "I Saw It! The Illusion of a Monster..."

Discovered in his desert habitat by humanity was the giant reptile Xalome, who lived peacefully until a few years after his discovery when magician George Satake attempted to teleport him to Japan for his greatest trick. However, Xalome took him by surprise and forced George to accidentally teleport himself inside the monster's nerves, causing their minds to fuse. Upon doing so one of Xalome's illusions appeared before his audience because he had George's memories, scaring them off. Xalome swam to Japan and soon tore his way through a nearby city while using his illusions to divert the attention of the Scientific Defense Guard. Upon Xalome reaching George's home, Choichiro found himself forced to turn into Ultraman Joneus. As Xalome hypnotized himself, Joneus flew into the monster's ear and shortly after fighting off a few antibodies the hero successfully found the nerve to which George was fused to. After blasting the nerve with the Planium Beam, Joneus separated the two creatures, returning the magician to his family and flying Xalome back to his desert home. 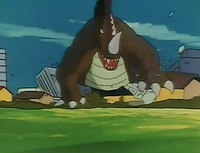 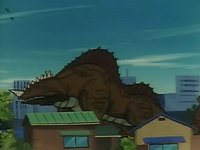 Xalome in his hypnotized state 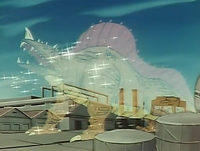 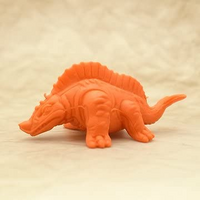 A Xalome eraser
Community content is available under CC-BY-SA unless otherwise noted.