Windom (ウインダム Uindamu)[2][3][4] is a metallic capsule monster from Ultraseven, and is chronologically the first to be deployed. Contrary to popular belief, Windom is a giant metallic organism native to its home planet instead of being a robot.

Since its debut, two human-built Windoms have appeared, the first operated by GUYS as a Maquette Monster, and the second by STORAGE as one of their primary monster fighting machines.

The first of the three Capsule Monsters used by Ultraseven, Windom was a metallic giant life form from Planet Metal with an electronic brain. It was first used to fight an Alien Cool's saucer fleet and managed to destroy a few saucers, but the saucers started to fire their beams, forcing Dan to summon him back. The Invisible Challenger

Windom reappeared to fight the Alien Kanan's ship (which was disguised as a lighthouse). As Windom approached it, he was struck by two beams that brainwashed him into attacking Dan. Ultraseven fought Windom and broke the hypnotic spell by firing a weaker version of the Emerium Beam. Once freed, Windom tried to attack the base again, but was hit by another ray that made him fall unconscious, forcing Ultraseven to recall him again. Return to the North!

Windom was used for the last time against Alien Guts. After Guts fooled around with his teleporting, he summoned his saucer that fired a beam that engulfed Windom in flames, killing the capsule monster, never to be used again during Seven's stay on Earth. The Seven Assassination Plan Part 1

Windom reappeared in episodes 3 and 6 of the Heisei Ultraseven series.

In this series, Windom was first summoned to drive off the Remojo aliens away when Dan was trapped and unable to transform. He was used again to help Miclas fight the monster, Zabangi. During the fight, Windom was forced to the ground and Zabangi crushed his chest, somewhat killing him. Miclas was only defeated.

As Zabangi tries to destroy the satellites (which were activiated following TDF's permission to allow Ultra Guard to send Omega File to the universe), Windom temporarily reactivated and shielded the satellites by taking Zabangi's blast, destroying the robotic Capsule Monster. He, along with Miclas, were returned back to capsules by Dan.

Windom reappeared in the series Ultraman Mebius as a Maquette Monster.

After Bogarl was destroyed, a second Maquette Monster was proposed and created for use to GUYS after Miclas was deemed as a "failure". Just like Miclas, he was based on another Capsule Monster from Ultraseven's time, Windom. Windom was first used to attack Dinozaur Reverse and while he did not win the fight, he took orders without hesitation or problems. Therefore, more work was put into making Windom more stronger and more capable of a fighter, including the use of mind control on the robot via radio signals, but that plan was sabotaged when Arstron and Kelbim attacked the control site. He was last seen being used in this form to battle an out-of-control Maquette Zetton inside GUYS's computer network, alongside Miclas and Ultraman Mebius.

After a series of experiments, Fire Windom was created. He debuted in episode 24.

With a flamethrower-type appendage attached to his left hand, Windom was enhanced with more fire attacks based on those from Zetton, Pandon (from Ultraseven), and Black End (from Ultraman Leo). From that point on just like Miclas, Fire Windom would be used again by GUYS whenever there was a monster attack and if either GUYS nor Mebius were in need of help. Windom would go on to battle other monsters such as: Insectus and Roberuga. When he was first tested, he fought against holograms of Mukadender and Birdon, but the testing site was sabotaged by Yapool (whom had possessed Ryu of Team GUYS). He was also used to battle against Grozam, but was defeated with ease.

When the monsters, Dorako, Bemstar, and Saramandora were unleashed by Alien Shaplay to ambush the remaining Ultra Brothers. They were met by surprise by Dan's Capsule Monsters Windom, Miclas, and Agira. Windom fought Salamandora.

After Rei and Mirai (Ultraman Mebius's form) were rescued, Windom destroyed Saramandora with his Laser Shot.

Windom appeared in a flashback alongside Miclas, Agira, and Ultraseven when Hikaru tells Daichi about the Ultras that strive for peace between monsters and humans. The Shining Sky, and the Land Beneath It

Windom also appeared as a Cyber Card in the final episode of Ultraman X. After Ultraman X spoke out to Gomora and struck Greeza right in the center of his chest, Windom, along with all of the other Cyber Cards, traveled to X and united with him. Cyber Windom's power was used to help form the Hybrid Armor and power up the Ultimate Xanadium to defeat Greeza once and for all. Windom, along with the numerous other Cyber Cards and Spark Dolls, then appeared and thanked Daichi as he thanked them. The Rainbow Land

"You know, this Windom... it looks exactly like a comrade of Ultraseven, Master Zero's father. The Capsule Kaiju that helps Seven. Wait, even the name is the same? Is it related? But this Windom isn't a robot. I think it must be a coincidental similarity."

Windom is the second of STORAGE's Special Airborne Armor robots to be created.[7] After being threatened with repeated funding cuts, Windom's completion was secured after the American GAF staff were impressed with Sevenger's performance against Gomora. Live Coverage! The Monster Transport Operation However, it suffered from an incredibly long charge time, taking four days to charge for five minutes of activity. Yuka Ohta, who helped develop the robot, noticed that some parts were swapped out in construction, making the charging less efficient than what her calculations showed, and could not sortie in time to face Telesdon. Almost giving up, she noticed a part of Neronga's horn in the fridge had baked Haruki Natsukawa's pudding and remembering Kojiro Inaba's advice on unexpected things becoming useful later on. She hooked up the horn to Windom, which managed to amplify the electricity enough to fully charge it. Yoko Nakashima sortied using Windom to help Ultraman Z fight against Telesdon, but it evolved into Erimaki-Telesdon due to Shinya Kaburagi throwing a Jirahs Kaiju Medal at it. Still, Windom was able to tear off Erimaki-Telesdon's frill to disable its new abilities, and fired rockets at it along with Z's Zestium Beam to destroy the monster. After the battle, Yuka announced that she planned to artificially recreate Neronga's horn to circumvent the long charge time for future sorties. Robot-2 Activation Plan

Yoko went on to pilot Windom in subsequent battles as Haruki was given the Sevenger for both to fight together in the battlefield against subsequent monster attacks. Once King Joe STORAGE Custom was introduced, Haruki was promoted to Windom's pilot instead after Sevenger went decommissioned from obsolescence. Four-Dimensional Capriccio During STORAGE's disbandment and reorganized into SAAG, Windom was also reassigned to the new unit despite not being in use during that period. After rallying a mutiny against SAAG and for STORAGE to reclaim their assets, Juggler piloted Windom alongside Haruki/King Joe SC and Inaba/Sevenger during their operation to save Yoko from Destrudos. The SC unit was discarded during Ultraman Z's last stand against Celebro. Warriors Shining Beyond

Windom, alongside Ultraseven's other Capsule Monsters, were summoned by him to assist the Ultras battle against various Absolutian grunts on Planet Babel. They effectively took down numerous of the pawns before returning back to Seven. Ultra Galaxy Fight: The Destined Crossroad

Empowered Windom (強化ウインダム Kyōka Uindamu) is an empowered version of the original Windom that appeared in Ultraman Festival 2012 and is part of a magazine competition by both Televi-kun and Televi Magazine. 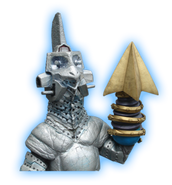 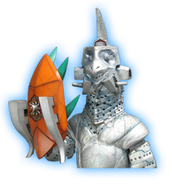 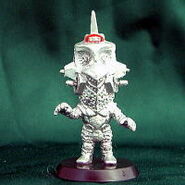 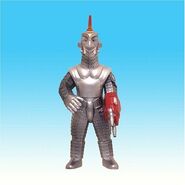 The B-Club figure of Windom 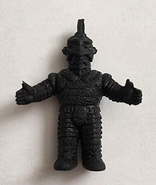