N/A
William Winckler is an American actor and filmaker. Winckler founded his company, "William Winckler Productions in the 1980s and since then, he and his production team have translated and dubbed another of Japanese animes. He is best known for writing, producing and directing English versions of Tsuburaya Productions' Ultraman Series feature films. Among the movies are Ultraman X The Movie, Ultraman Ginga S The Movie, and Ultra Fight Victory. The movies were in commemoration to the 50th anniversary of the Ultraman Series. Tsuburaya Productions and his company had been in contact for years. After little success internationally, the company realized they needed William Winkler Productions to dub their recent Ultraman movies to be marketed in the United States as "English was becoming the language of the world." Winckler himself in an interview said, "I used to come home from school, have milk and cookies, do my homework, and then watch the English dubbed ULTRAMAN on TV, Monday through Friday! It was like watching a mini Godzilla movie every day! All my friends at school loved Ultraman. So, it’s a special treat for me, many years later, to be the Hollywood writer, producer, director of the American English language versions of the new Ultraman movies! Life can be magical sometimes." William Winckler's favorite voice acting role in dubbing Ultraman was Ultraman X. 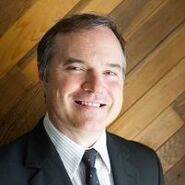 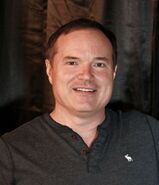 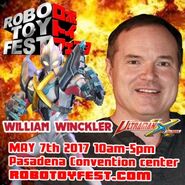 Winckler With the Full Cast of the English Dubbed Ultraman Movies