The inhabitants of Star W87 are beings of darkness who appear in the manga Ultra Brothers Story: Great War Chapter. The W87 warriors primarly resemble the original Ultraman, but are led by evil doppelgangers of Ultra Warriors including Father of Ultra and the Ultra Brothers.

The inhabitants of W87 are a race that evolved exactly like the Ultra Warriors of M78. The main difference being where the Ultra Warriors are beings of justice and light, the beings of W87 are war-loving creatures of darkness. They have exactly the same abilities as their M78 counterparts along with similar appearances. After an intense battle the Ultra Brothers managed to defeat the W87 warriors. The W87 warriors attempted to flee in their battleship, but were destroyed by Zoffy's M87 Beam. 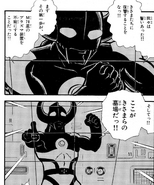 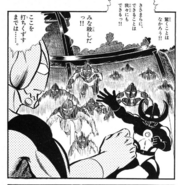 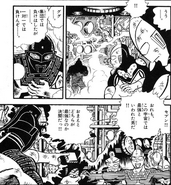