None
Volkeller (ボルケラー Borukerā) is a Kaiju that appeared in episode 12 of the TV series Ultraman Taro.

When Volkeller attacked, Kotaro Higashi from ZAT managed to get on him to find some kind of weak spot, ZAT then tried firing their weapons at him, but was proven ineffective. Kotaro then used the Ultra Badge to transform into Ultraman Taro and fought Volkeller. The Kaiju managed to dodge Taro's Strium Beam by flying away and used his gases to weaken him as he pounded him down. Taro then got back up and used a energy shield from his Ultra Bracelet to prevent the gases from suffocating him. Taro then grabbed something from Volkeller's mouth and used his Taro Lightning to break the tug-of-war to spill some "beads" that were in it. Now dead, Taro threw Volkeller up into the air until he reached deep space where he blew up. 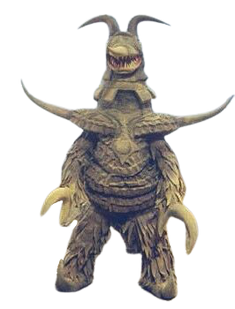 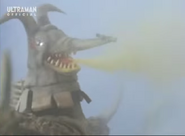 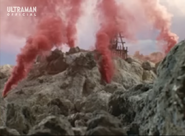 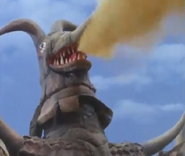 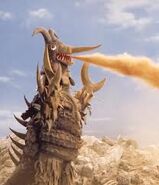 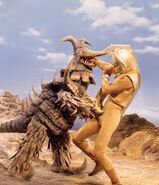 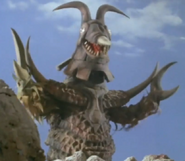 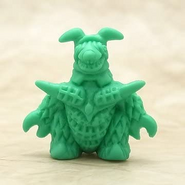