"My loyal monster, Volcano Monster Volcadon! *chuckles* Show those humans how powerful I am!"

None
Volcadon (ボルカドン Borukadon) is the third Kaiju to appear in the 1990's Tsuburaya show, Gridman the Hyper Agent, and the first one in Superhuman Samurai Syber-Squad where he was called Cathod.

"Volcano Monster, Volcadon. He has several volcanic craters on his back."
"What about his strongest weapon?"
"He can unleash a high-temperature Volcano Shot. It will destroy anything it hits."

Takeshi starts to gain a hatred over phones since he never gets calls from anyone besides his mother, who only calls him to give him orders. Kahn Digifer notices this, so he gets Takeshi to create an animated sprite of a volcano monster. Once Takeshi creates the animated sprite, Kahn Digifer gives it life, and Volcadon is born. Volcadon is sent to the phone company’s computers where it starts destroying the connection system inside. At that time, as Volcadon begins its attack, Kanna and Daichi accidentally locked themselves inside an abandoned delivery truck during a game of hide and seek. Due to Volcadon’s destruction, it causes interruptions in the phone lines so Kanna and Daichi were unable to call for help. When Naoto is alerted about this from Gridman, he uses his Acceptor to merge with him and head toward the phone company’s computers. Upon arriving their, Gridman immediately does battle against Volcadon. Ippei and Yuka tell Gridman to fix the connection system immediately so Ippei can find his sister. Gridman uses his Fixer Beam to repair the system, but Volcadon manages to destroy it again. Fortunately, it was repaired long enough for Ippei to call his sister and get an exact location. Volcadon and Gridman continue to duke it out in the computer system, but Volcadon has the upper hand in the fight. As they fight, Gridman manages to destroy Volcadon’s back craters and finally uses Grid Beam to delete Volcadon from the computer system. With Volcadon deleted, Gridman repairs the system with his Fixer Beam again. 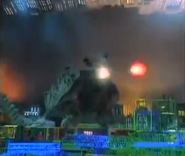 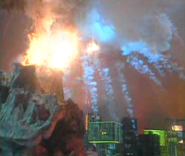 A Volcadon eraser
Community content is available under CC-BY-SA unless otherwise noted.
Advertisement