The Victorian (ビクトリアン Bikutorian) race is a group of underground humans that first appeared in Ultraman Ginga S.

The Victorians were a race that lived underneath the Earth in the Victorian civilization peacefully without the interference of humans above. Prior to this, they lived above ground like every other tribe. It was during this time that they were given the Victory Lancer, presumably by Ultraman Victory. Later the Victorians argued over the possession of the Victory Lancer, triggering a civil war that made a Kaiju named Shepherdon rampage. Ultraman Victory managed to stop him in the nick of time and calmed him. One side of the conflict believed they should use their powers to bring peace to the world, the other side believed this would only lead to a misuse of their powers. The defeated side was stripped of the Victory Lancer and sealed away in another dimension. Memories of this event were erased from the records and minds of all saved Shepherdon who lived through the event.

However sometime later, an Alien Chibull named Exceller sent his troops, Chiburoid and Android One Zero to steal the Victorium Stones, as a result Queen Kisara choose Sho to bring back the stones by giving him the Victory Lancer. The underground civilization received aid from UPG and Ultraman Ginga, a future Ultra, and managed to strengthen their bonds with the surface humans. Hiyori, a renegade Victorian from the past would be re-accepted into the civilization after her past mistakes had been forgiven.

Near the end of the conflict with Exceller, Kamiyama from the Self Defense Forces revealed his thirst for power by using UPG equipment and the Victorium's powers as a weapon called the Victorium Cannon. His plan however backfired when Exceller combined his Victorium Cannon (and thus UPG Base) and a revived Dark Lugiel into Vict Lugiel. The Victorians headed to the surface to visit the humans in their refuge seeking Hikaru and Sho, whose Ultras were left turned to stone. After giving Hikaru and Sho their necklaces to revive the fallen Ginga and Victory, they defended the humans from Dark Lugiel's minions. With the whole ordeal over, they returned to their civilization.

The Victorians lived in an underground civilization where there was no day or night. To compensate for the lack of sunlight, Victorium crystals were used as source of light, due to their natural luminescence. The concept of money also seemed to be absent in their culture as shown in episode 3, where Repi trade a chocolate wafer with an apple at a shop. This implies that there is a barter system in place, rather than formal currency. 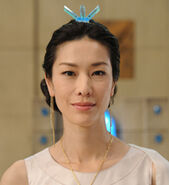 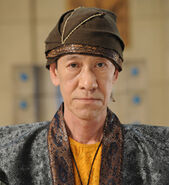 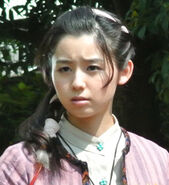 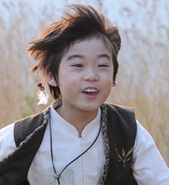