None
Val (バル Baru), also known as Bal, is a bird-like Kaiju that was hatched and protected by Ultraman 80 in episode 28.

Vals were a species of peaceful space bird that traveled through space in large groups, in a migration. But one night, as they flew, a meteor shower flew through their pack, separating a lone egg from the group and sending it falling to Earth. After discovering the presence of a baby Val on Earth could attract Zakira, a natural predator of the Val, UGM went into space, discovering a flock of Vals, then witnessing Zakira hunting them. They saw the monster kill at least one of the Kaiju with great ease. A lone egg was under attack by the hungry space monster, and it was up to Ultraman 80 to defend it. After the egg hatched into Val, the infant didn't just stand by and let Zakira harm the person responsible for its birth and helped Ultraman 80 as much as possible. It was eventually killed by the predator. 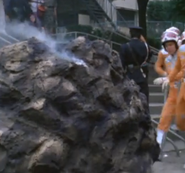 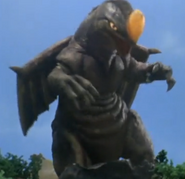 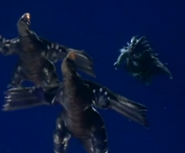 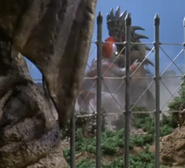 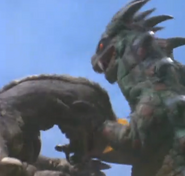 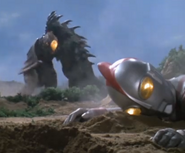