One night, two men smuggle two infant Kaiju in a cave but later get caught by policemen. However, one escapes and brought a Vadata away while seeking refuge in a pet shop owned by one of his accomplices. When the Team EYES were summoned by the police to study the monster, they realise that the monster feeds on poisons and if injected with a tranquillizer, it will grow faster. The thug injected it multiple times with HKP tranquillizer without awareness of it's effect and made the dinosaur grew into 50 metres. EYES uses the TECCH Spinnar and catch the monster with an electric net but Vadata quickly surpass it and gone rogue. Cosmos appeared and fought Vadata. The monster used its claws and slashed him but Cosmos easily shrugged and healed his wound. He transforms into Eclipse Mode and neutralize the tranquillizer remains. Vadata turned calm and waving goodbye to Cosmos for purifying him. The thug earlier was arrested though he make another comical escape and chased by the inspectors.

A baby Vadata was seen as one of the test subjects of Mabuze's experiments to create the ultimate creature. I Can't Hear Your Voice 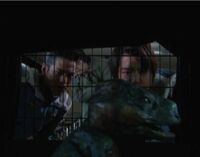 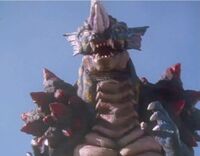 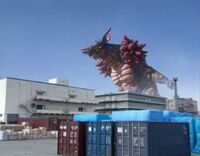 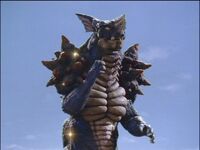 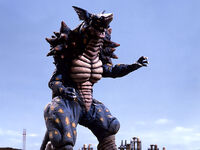 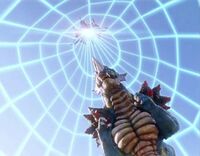 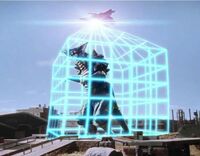 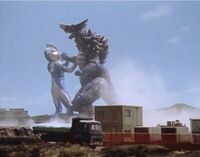 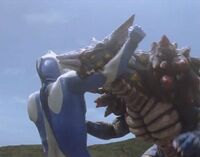 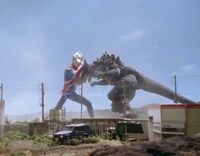 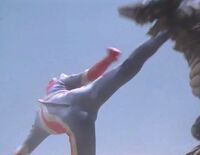 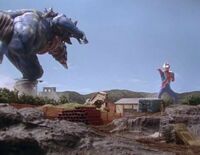 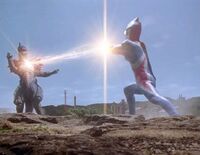 Add a photo to this gallery
Retrieved from "https://ultra.fandom.com/wiki/Vadata?oldid=511667"
Community content is available under CC-BY-SA unless otherwise noted.