Return of Ultraman episode 23 "Dark Monster Spit out the Stars!"

None
Vacuumon (バキューモン Bakyūmon) was an alien entity that appeared in episode 23 of Return of Ultraman.

A cosmic world-eating menace, Vaccumon set his sights on Earth shortly after a solar eclipse, proceeded by the arrival of Zanika, a space creature from one of the planets eaten by the nebula-like monster. On his way, the nebula-like beast sucked planets into his gaping mass at an astonishing rate. Meanwhile, on Earth, a woman began having insane rantings, warning something was coming, that something being Vaccumon. Zanika alerted Ultraman Jack to the space monster, causing him to fly into the creature’s stomach and begin using the Ultra Bracelet, which transformed into a sword, to slash and tear through the beast’s innards, killing Vaccumon. With his death, all the planets Vaccumon had eaten were released. 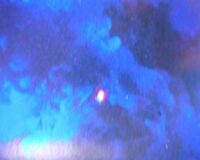 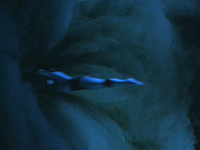 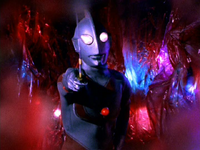 Vaccumon's concept art
Add a photo to this gallery
Retrieved from "https://ultra.fandom.com/wiki/Vacuumon?oldid=511668"
Community content is available under CC-BY-SA unless otherwise noted.