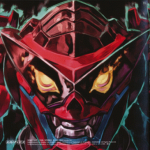 The Definition of Super Ultras

I don't really know how to arrange photos,if you want you can advice me not just tell the mistakes and show tell me how to improve next time.If you think I can't add photos then next time I don't know what to add again.--Zhu Huong Ng (talk) 06:00, July 19, 2015 (UTC)

Is it really necessary to have Borders Country, Language when most of the movies are japanese & Distributing? Also I don't think we need the Starring Border because we add Cast? I'm asking you this because I'm editing my Sandbox. Or do you think it  should be like on Rangers & Kamen Rider Wiki, because i'm not sure, Its fine if you say no. Ultraman4Ever (talk) 19:13, July 28, 2015 (UTC)

The Song That Calls the Night

Hey man, how have you been? I have finally gotten some free time, I finally graduated from High School and am on my 3rd year of college and right now I am enjoying some vacation. I love how this site has progressed since I left, despite the conflicts, and it keeps getting 19-20,000+ visitors per day and has grown beautiful with the veterans and newcomer editors aswell. Also some Ultraman series are on Crunchyroll.com, which really gives a ton of material to write about. I will start watching Ultraman X today, heard good stuff from it despite the Spark Doll gimmick. How have you been man?

Can you please make these links compatible to this wiki?

Oh sorry, what I meant was that is it possible to make those links access this wiki?

Unrelated but a little tearjerker

Hey Friend.When are you going to college?I feel sad about your leaving but I wish you good luck and best of all for your studies.--Zhu Huong Ng (talk) 09:26, November 3, 2015 (UTC)

Any idea where these promotional shots came from?

I'm dearly sorry about that edit I've made and I understand about what you'd said. But somebody put Hideki Goh in Aki Sakata's Family as a Love Interest. That's why I put it there.

i'm so sorry about that n thanxto unblocked me.....

now what can i do for you?

Thank you so much for telling me! Tell me anything else I need to change!

Is the Tiga, Mebius, Nexus, Gaia, and Max seen in the Ultraman Ginga movie the ones from their own universes?Fiery bobcat (talk) 00:19, March 14, 2016 (UTC)Fiery_bobcat

Re: What about iconic Kaiju?

Hey Teridax. This iconic kaiju thing is for a little idea I have of an all-star kaiju fighting game, and of course Ultraman has to be in it, but since I know nothing about Ultraman I'm asking. Just now I remembered that Baltan exists so he might be a good one, but beside that I still don't know. It's just an idea and I was looking for some help on Ultraman. I could use your input too. Again, the list right now for Ultraman representatives is: Ultraman, Ultraman X (unlockable), Jirass (unlockable), and I would like 2 more--I'm seriously considering Baltan at this point too. Right now there are a whopping 21 Godzilla monsters on a roster of 73 monsters so far, so if you feel Ultraman should have more reps because he's big you could argue for that too. Gamera has 5 reps too, but Gamera is actually a pretty small franchise. So yeah. Thanks for asking Teridax! Titanollante ( roar to me! | my footprints! ) 19:04, March 16, 2016 (UTC)

Retrieved from "https://ultra.fandom.com/wiki/User_talk:Teridax122?oldid=214661"
Community content is available under CC-BY-SA unless otherwise noted.