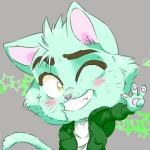 Hi, welcome to Ultraman Wiki! Thanks for your edit to the Alien Babalou page.

Understanding How to make Forms Table ?

Yes, I see that, but remember your comment on the Alien/Seijin issue?

Come on! Why aren't other users posting?! You! Yes you! Random User reading this, you have a say in this! Help the wiki by giving your opinion.

All I am doing is passing on Goji's opinon as a "Random User". It is important that you read everyone's comment, which is why I've read yours, as in a "democracy" that has been so claimed.

And yes, you asked me why I think Tsuru seem a little power-hungry, and here is my reply:

They changed Goji's originally perfect and original template into their liking without consulting any admins (besides Teridax himself) and the whole issue was still a proposal. Also, on Goji's talk page, they claimed that they were "Bureocrats" and so they had ligetimate power over everyone. That's a bit intense, ain't it?

Finally, even IF Goji thinks you are an idiot, he also used to think I was too, using my own template. I eventually went along with his, because I saw how well it could work.

Finally, if you live in the states, you might've remembered the presidental debates. Almost every American saw that. That is seeing each other's opinon, no matter how foul (I was angry at Romney for criticizing China). That is a true democracy/republic.

I don't know WHERE ON EARTH you got the idea of giving in to bullying. And that isn't bullying either, is being despised. All I'm saying is that all comments must be heard before making a decision.

And also, I'm fully aware that Teridax and Tsuru were Bureaocrats before the argument even started, since that was their position.

Hoshino, these ideas of yours are crazy. I despise you? What?

No. Goji despises you. That is the reason he calls you "I****", since he believes that Tsuru brainwashed you (I don't know how that works)

Look. Here is the basic point: Read all comments before making a decision. That is all I am saying. Forget everything else, imagine that this is the only thing I wrote. Seriously man, why would I despise a user? You are doing great work here! Openly saying YOUR Opinon (which matters). I don't see why I should despise you at all unless you are some guy who goes around wrecking wikis as a spammer, but you aren't, which is why you have the respect everyone else has: Good.

I've talked to Goji again, and he doesn't really despise you at all!

He was just really angry at Tsuru, and you seem to be, um, kissing his butt (no offense)

Sorry, didn't cut out that part. Sorry, I didn't proof read it. It is my responsibility. Sorry.

No offense taken: Yes, you are right. But that's what people do sometimes.

Proposal (We need everyone to vote!)

I'm a bit lazy and excited about this discovery, so I can't wait for a blog post proposal: Just talkpage! Respond to my Talk for your opinon:

Thanks to Hoshino Kaabi, now there is an official site for Ultraman Names and images:

I was wondering: Since these are HD full body shots, should we replace the current icons? Since Dyna's just look plain ugly and that kind of looses consistency.

Please respond to my talkpage about your opinon.

Hey whats up!! IT seems you are a big Kirby fan!!! I love Kirby a lot!! Although I have only played the GBA and Superstar Ultra though >_>

Hoshino, stay OUT of things you don't understand or have nothing to do with. Your interpertaition of Goji and my partings are incorrect to the point where it is humorous. Actually talk to Goji on Facebook to know why he left. Seriously, just stay out of things you don't know about in the future as a maturity and life lesson.

If you do know what's going on, why don't you see hypocracy at all? And since this deals with a personal issue belonging to me and Goji, you should stick your head out of the conversation that you have nothing to do with. Didn't you learn in Elementary School that eavsdroping was bad? And besides, I am not brainwashed by Goji. You have been brainwashed by Tsuru into thinking that the only two people that mattered were those two brothers and no one else can speak up against them when they called themselves a democracy. Stop eavsdroping and doing my thing for me, and besides, you pretty muched fucked it up anyway, so why do you even bother doing it? It clearly shows you have no life in any shit around. Also, I don't give a damn about getting banned for this, since I lost hope in the bastards anyway, and I lost faith in YOU, for being a good widdle doggy to fetch for Teridax and do his dirty work,

Oh, Hoshino, you really think me being mean to you is unreasonable? Phazon asked ME why I left. Are you yaoyao9? Do you stalk me, telepathetically enter my head to know what I'm thinking, and knows how to deal with everything? You don't. Phazon asked my opinon, and before I say anything, you come in and start jumping around like you are some mad genius who can do whatever he wants, and tells off the whole world what you believe is the fact of everything, which of course is so far off that I just laughed so hard that milk came out my nose. If you haven't experienced anything first hand, don't go around explaining you did. You are practically saying you were in Hiroshima when the nuke went off, while in reality you are in America just watching TV. You really think you can just be Goji and I and explain what we want to say, and screw it up but not pay the responsibility for it, then claim we were "brainwashed" and claim what OUR opinon says is incorrect, and that you were the true interpreter of our personal reasons? Again, are you Goji73 or me? I seriously doubt you now, since you are "KIRBY!!!", who is a pink ball of fluff that doesn't have thumbs. If you don't know our feelings, don't butt in to something you were not involved in in the first place. Doing that basically tells everyone that you have nothing better to do than just butt in to random conversations and throw a fit when we tell you to get out.

Seriously, you two cut it out, stop the useless fighting, I hate to fight but it's getting sick!

Um, behind your back? I will call you these right in front of you since you never read more than one (1) sentence of my replies, which makes you qualify as such. And also, since you believe so firmly that you are Kirby, then it is not being mean to remind you of your thumbless hands; rather, it is called reinstating the facts.

Appearently, what you classify as "important" seems to be just about missing the total point. It's like being a detective and not listening to what the suspects say.

Don't bother replying, since I won't return. Just stop trying to explain things you have nothing to do with.

And just for a normal contributor, you sure do bother others a lot.

Retrieved from "https://ultra.fandom.com/wiki/User_talk:HoshinoKaabi?oldid=189362"
Community content is available under CC-BY-SA unless otherwise noted.