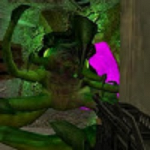 Welcome to my talk page, it's safer here.

Hi, welcome to Ultraman Wiki! Thanks for your edit to the Black End page.

Hey Dude its me WBC form YT gongrats on getting a wiki acount but yea :)

Hello there Gene Worm! So your aware of Armor Jack? That's nice to hear; and here I thought I was the only one who knew that show was real. XD But anyways; it's nice to meet you and somebody else who knows what Armor Jack is. Gallibon the Destroyer (talk) 20:58, August 25, 2017 (UTC)

Late reply but I actually have seen Sailor Fight! before. It's a good show, though I wish they would have used more suit kaiju instead of puppet kaiju that we got. --Gallibon the Destroyer (talk) 04:03, April 8, 2018 (UTC)

Naruton and Tsutabara looked waaaaaaay better in Armor Jack. Kind of wonder why they didn't bring back Moaigan or Rarigonika though. Or Rudongo. But anyways, unfortunately no I don't have any of the three figures. Speaking of though; I do wish there were toys of Moaigan, Rudongo and Tsutabara. --Gallibon the Destroyer (talk) 04:23, April 8, 2018 (UTC)

I first heard of Armor Jack from Sailor Fight, IIRC. I also found out about some really weird low quality vulgar parody of Armor Jack somewhere on Nicovideo before, but I forgot about that one completely. Strangely, one monster that has been stated to appear in the show was a monster named "Muchi" (who also appeared in Sailor Fight New WEB), but I never saw it in the show itself. It's weird. --Gallibon the Destroyer (talk) 04:59, April 8, 2018 (UTC)

Quite the looker isn't he? Also he did have a toy: https://pbs.twimg.com/media/C1iQCwRVIAArhWw.jpg

Not sure when he was released, but I doubt he ever appeared in Armor Jack. I'm guessing he was planned to appear, but the show got cut short and thus he was later re-used for Sailor Fight New WEB later on. Also, while it's not stated, methinks Muchi is supposed to be some kind of plankton kaiju, lol. --Gallibon the Destroyer (talk) 05:20, April 8, 2018 (UTC)

Now that you mention it---now I do think that's what it mean't (my translator wasn't working well then I guess). I thought Muchi's roar sounded familiar....also, wow, what a subtitle. Ironically, he doesn't seem to have any tentacles (other than maybe his antennaes or those arms of his that look more like flippers to me.) --Gallibon the Destroyer (talk) 02:24, April 9, 2018 (UTC)

I was not trying to upset you in any way. Adding the Minus Energy Kaiju to Jakki’s page does not follow what the category describes. It is not “my logic”, it clearly says on the category page “Minus Energy Kaiju, also called Negative Energy Kaiju, are monster[s] made of dark emotions”. Jakki was not created by Minus Energy but rather disturbed by it, thus causing it to act strangely. Zuruzla is an elephant, and according my knowledge, elephants do not grow into 43 meter beasts. Zuruzla was transformed by the Minus Energy that Jakki infused into it with its own abilities. The other monster you mentioned, Gikogilar, was literally a monster born from pure Minus Energy, like Hoe, Crescent, and other Minus Energy monsters. If you truly believe that I or this wiki is hostile, then you are welcome to edit other “non-hostile” wikis. But in the future, just remember to read a page’s contents thoroughly before editing, or your edits could be erased. If you still have any questions or disagreements towards the revision, feel free to message me. EmeraldCrosser (talk) 00:41, June 21, 2018 (UTC)

Retrieved from "https://ultra.fandom.com/wiki/User_talk:Gene_Worm?oldid=348868"
Community content is available under CC-BY-SA unless otherwise noted.