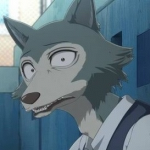 Hello there; welcome to my talk page! Feel free to talk to me!

Hey there! In response to your message regarding Armor Jack, I too am glad to see that there's someone out there who is aware of its existence. I've been putting in almost a decade of consistent... research if you will, in tokusatsu and otherwise "B-Rated" films and TV series. Since you seem interested in that character, I would like to inform you that the same company (Amapro) who produced Armor Jack has also done a YouTube series called "Sailor Fight".

Here's a link to their official channel if you're interested (takes some scrolling to get to):

Yeah, I wasn't a fan of the whole puppets thing either, but going by Armor Jack's production quality, I guess Amapro doesn't exactly have too high of a budget so maybe they couldn't afford a decent suit, hehe. Was kinda disappointing with the new designs for Naruton and especially Tsutabara as well. Think I liked the Armor Jack suits better imho. Do you have any of the three Armor Jack figures? Been trying to watch for either the dark green or the black Naruton figure but haven't found one yet.

Yeah, I always found it kind of weird that despite being a toy company, Amapro never bothered making figures for those other three (except I think they have a toy of the Sailor Fight version of Tsutabara, but I don't know if they ever sold it). Always wanted to have the skillset to just model, 3D print, and paint all these myself lol. So, where did you learn about Armor Jack? I actually learned it from somebody's old M.U.G.E.N. engine character that was mostly just cropped and edited images that were sort of low quality. Got more info on it from an old blog that talked about it.

Oh, are you talking about "Agony! Armor Jack!" or whatever it was called with the vinyl figures? I remember running into that video when I was trying to research Armor Jack. I guess "Rule 34 of the internet" states that anything on the internet has to have something NSFW made out of it.... Interesting that a Sailor Fight monster appears in it.... I wonder if Amapro released a figure of it before its debut in Sailor Fight? I'm not familiar with the same Muchi, so I'll have to look that one up....

Hm... never seen that monster before, looks quite interesting lol. Where did it say he appeared in Armor Jack? I was looking on the Japanese Wikipedia article for Sailor Fight and it mentions that its roar is re-used from Rarigonika in the show, so I'm wonder if that is what you are thinking of? Also, this is kind of random, but apparently Muchi's sub-title is "Tentacle Beast" (触手獣)....

Yeah, it can be kind of hard to get a good translation from a translator, wish I could speak the language fluently. Looked at the sub-tile again, and it seems that the first word "Shokushu" can also mean "feeler", which explains the antennae and his lack of tentacles. Interesting stuff, indeed!

Retrieved from "https://ultra.fandom.com/wiki/User_talk:Gallibon_the_Destroyer?oldid=361763"
Community content is available under CC-BY-SA unless otherwise noted.