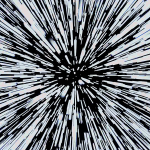 Oh my gosh, I am so sorry! I thought someone removed it. Sincere apology. Also I might have miss understood about the cousin part, sorry about that too.EmeraldCrosser (talk) 01:26, September 27, 2017 (UTC)

I understand that I should have used the text based editor for those edits, but I don't understand how I was harrasing or intimidating anyone on this wiki. The user tried to remove Arigera twice, so I fixed the page twice. Then I just said: If this happenes again I would not be fixing it, as it was very annoying. Also please list down the senseless edits I've made so far, I can only think of 4 times. Although two of those times I did mess up, the others were just honest mistakes. I searched up how Zero relates to Taro, and as it turns out on many pages it's nephew. Most counties don't even consider the term "second cousin". The other mistake was with the word "cannot", that is because it is far more common to use "can't". As I said above, i understand that I have caused multiple problems with my misuse of the Visual Editor, but please provide reason regarding your reasoning for my ban. Nevertheless I belive that I deserve a time-out and I am very sorry for all the problems I've caused in the last month. This might be the only place on this wiki where I can write this.EmeraldCrosser (talk) 01:51, September 28, 2017 (UTC)

The Supernatural Kaiju category is for kaiju and similar that have supernatural origins or have been summoned via mystical means. They also count if they are literal ghosts, oni, or demons.--Emgaltan (talk) 02:27, November 13, 2017 (UTC)

Hello I noticed you undid my edit of that page. I would like to say I was actually looking for help to use the complex tabber to add both title cards in one image section. Examples of this are Alien Kisaragi and UGM (Utility Government Members). As you see there the profile image has two sections.If you can do that, that would be really good or ask a admin. I didn't intend to mess up the image. WBC the Seijin Fan (talk) 03:46, January 11, 2018 (UTC)WBC The Seijin Fan 1/10/2018

I can't use my talk box atm but im pretty Univerlages as no affiliation to Yapool other than carrying Aquarius and for Ghostron I can just add that trivia to the actual epiosde history. WBC the Seijin Fan (talk)WBC the Seijin Fan

Hey there, in regards to your reversion of my edit on the Jakki page, it's implied in the show that the creature transforms (temporarily) into a Minus Energy Kaiju due to its exposure of negative energy produced by humans. When it was ingested by an elephant, the elephant was exposed to the same energy and was, like Jakki, transformed into a vicious beast (Zuruzla). Ultraman 80 then entered Zuruzla's body to fight off the negatively influenced Jakki, and used his Buckle Beam to revert Jakki and Zuruzla back into the beings they once were.

Now, I may have missed a few details there, but from your logic that a monster must be born being made of negative energy in order to be a "Minus Energy Kaiju", that would mean Zuruzla and Gikogilar would have to be taken off the category as well, since Zuruzla was originally an elephant, and I believe Gikogilar simply absorbed negative energy into itself (haven't seen the full episode for that one, confirmation needed). To me, it makes sense that if a creature/monster absorbed enough minus energy due to exposure that it would become a negative energy monster in its own sense and thus qualify as one, and the show implies that's exactly what happened to Jakki/Jackie (and I believe its shape/color changed to imply this is what happens, but I haven't seen the episode in a while, so...).

I don't feel like I should really need to explain all of this, but it seems like no edit is safe in a community like this.... Regardless, I apologize if I came across as rude here, but I am a little sick of every edit I make being fudged out for one reason or the other. Have a great day, and I hope we can solve this little debacle.

My tired and probably poorly-phrased novel of a reply

I suppose that's fair enough. However, just to explain my thought process, the creature took a physical change because of its absorbtion of negative energy in the show, which is why I thought it would qualify for that category. As for Zuruzla, what I was saying was that the elephant wasn't born from negative energy, but was in a sense physically changed by it, which is why I was comparing it to Jakki (and yes, I know that Zuruzla's change was much more drastic, but being originally an elephant, I thought it was still not inherently made from that energy, however being disrupted by it, and quite heavily might I add) and from there I thought "If it qualifies for him, then why not Jakki?". And theoretically, Jakki could have been considered "made" of negative emotions during the time it was affected by them, which is another reason I considered the idea. Not saying that any of those theories are correct or incorrect, but again, just telling you what I was thinking and how I thought it might apply to currently established information.

Either way, I don't really care, I was just expressing my thoughts on the matter and I do apologize if I came across as paltry or brash about this matter, I've had a rather rough day and may not be expressing myself clearly or in the way I want to. Also, not to be rude, but I'm not entirely certain where you got the notion that I thought you or the wiki were "hostile" and that I needed to go to a "non-hostile" wiki as you superciliously put it. And I actually do read through sources of information before placing an edit, but thanks for the lofty advice anyways.

Also, to clear things up, I was half-joking when I made that "no edit is safe" remark if that's where you were coming from, I didn't mean that tidbit sincerely. As for Gikogilar, my bad as well. Again, I haven't seen the full episode and I remember seeing a comment about it somewhere.

Thanks for your time and sorry if I upset you. I hope that we can put this minor quarrel behind. If there's something you'd like to let me know, then feel free to leave a message. Have a great day!

Pretty sure you're the one who edited the Water Jet's description to have literally no difference from the Aqua Jet Blast; it's probably the same attack anyway, and is simpler that way. In addition, Rosso's Flying Kick has no official statement either but you were fine with it. I'm not trying to "vandalise"; I'm basing my information upon Genm Corp's subs and the actual fight from Episode 2, while, on the contrary, I have no proof that you saw it.KitsuneSoldier (talk) 21:40, July 17, 2018 (UTC)

1 and 3. We don't know the actual name of the Fire Bullet yet; in fact, I MADE that name. If it's given a real name in the series, complain all you want, but I'm removing the Water Jet again. Besides, supporting this, isn't the Atmos Impact lethal in Fusion Fight? Wouldn't be the first time a beam has different "settings."

2. They don't make contact in Fusion Fight either, but they're considered a combo there, so I went with it. Also, Blu's Punch Combo and the like could have the same logic as the flying kick; Blu does them, in the way I described them, in the episode.

Also, watch Rosso shoot another generic fire bullet from a different hand position with different visual and sound effects. We won't know these for sure until the Super Complete Works come out at the end of the series, really.

I added back the Barrier which Rosso Aqua uses in Episode 1, because it functions and appears completely differently than the Aqua Mirror Wall. This barrier is smaller, has a different hand position, and doesn't reflect attacks.

Also, I have a note to make. The Atmos Impact was lethal in Geed Episode 25. It didn't push Belial away; it reverted him to base for and destroyed the Giga Battlenizer with the other beams.KitsuneSoldier (talk) 21:45, July 26, 2018 (UTC)

Thanks for fixing the file to the JPG I intended to upload. I though it had been a GIF for some reason.

The message you left on SF12's page

I meant no disrespect, it's just the images you edited for Ultraman Rosse Flame form and Ultraman Blu Aqua form look smaller now and like someone photoshopped them. They don't match the other images.

Before you call me out for reviving this, I will merely say that the same attacks' hand positions and appearances have varied before; look at the Saxium Ray, for example. I will also state that if the Aqua Jet Blast can both push opponents away and heal allies, surely it can cut down some trees. I have mixed it with the old water jet's description as well. KitsuneSoldier (talk) 20:26, August 17, 2018 (UTC)

Due to the anatomy of Pigmon

Well, for the anatomy like the Garamon and Pigu, few months ago, I just saw a picture from the Japanese website stating that the bones inside the Pigmon's body were also robotic instead.

Completely my bad. I've been helping another wiki and we use Articles Under Construction with no template. It's sorta muscle memoried in my brain at this point. I'm sorry!Lamango (talk) 18:06, June 9, 2019 (UTC)

Hey, I received your message just now. Thanks for the reminder regarding towards the edits.

Apoligies, I will try and remember to put the under construction templete. Wasn't even thinking about it.JustSaiyan1997 (talk) 22:59, August 1, 2019 (UTC)

Hi, I found some imitation ultras that only appeared in ultraman boys ultra coliseum. I just wanted to know if i should add them to the main pages of the aliens they reallyare. They are currently on the tertiary characters page.JustSaiyan1997 (talk) 08:23, August 5, 2019 (UTC)

your probably right about the Ultraseven part. But yes zearth and mebius are even pictured

your probably right about the Ultraseven part. But yes zearth and mebius are even picturedJustSaiyan1997 (talk) 03:17, August 6, 2019 (UTC)

Hello, upon discoverey of new info I have found out that Evil Ultraman Nice is actually Imitation Ultraman Nice. He is really alien Babarue. The information should be moved to the alien Barbarue page and the Evil Nice page should be deleted.JustSaiyan1997 (talk) 06:54, August 8, 2019 (UTC)

It is from a picture book, just don't know which one. Also I removed the text, the original picture is below. Maybe Zombiejiger removed the image from Yullian's gallery thinking it was a fanart, but it's not.

I apologized for the unnecessary trivia point I added there. But you have to know, infomation like that should be added too, at least a bit different from what I wrote there. You should check out my profile to see what I meant. I hope you understand what I'm writing. TheIronGaming555 (talk) 07:40, September 26, 2019 (UTC)

It was in Discord

I read what you wrote and I promise never to do it again. Even if he is an idiotic Geed-hating troll, I promise to never to vandalize him again.

I see, but don't you think it's better to clean it up sometimes? I think the watermark hinders the immersion in the article, I don't know... Anyway, there's no problem doing that, right? Joleno (talk) 22:07, April 5, 2020 (UTC)

Retrieved from "https://ultra.fandom.com/wiki/User_talk:EmeraldCrosser?oldid=439073"
Community content is available under CC-BY-SA unless otherwise noted.