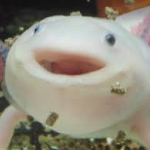 I remember in 2010-2011 I would watch always watch those old youtube videos with Ultraman amvs, fight scenes and anything monster related. 2012-2013 I remember I would watch Goji73, this Ultra Galaxy series but played in toys and other Ultra bandai review, I used to be a fantic of godzilla and ultra stories people made on youtube. Old youtube was pretty nostalgic honestly, and I started to mix my hobbies throughout the years but I have always remembered the ultra series. I truely started online in 2015 when I was 9 years old, yea im really young but I remember basically anything a 90s kid did because Mexico (where I used to live) had everything from the 90s. Anyway in 2015, i made a youtube and ultra wiki account and was active extremely. In 2016 I left for some reason about Rei's Gomora getting a seperate page and in late 2016 I joined back but now we are here. Yea some backstory cuz why not

I really enjoy Tokusatsu, primarily showa and heisei, video games, youtube/tech and friendly meme person. I like making friends online but I used to be really dumb and got a virus on my 2011 computer. I also like debating and acomplishing things because Im very clumsy in the internet and irl. http://ultra.wikia.com/wiki/User:WBC_the_Seijin_Fan/sandbox/Ultra_Series/Television http://ultra.wikia.com/wiki/User:WBC_the_Seijin_Fan/Aprasar also this:

Retrieved from "https://ultra.fandom.com/wiki/User:WBC_the_Seijin_Fan?oldid=423811"
Community content is available under CC-BY-SA unless otherwise noted.