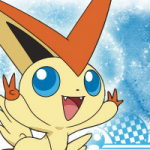 aka the resident Victini

Hi everyone! I'm Starry Windy, the resident Victini around. I like several shows, among them are Ultra Series. Usually I'm here to enjoy several nice articles, but I might be interested to contribute to some of them when I feel it's necessary, at my own pace.

Speaking of which, I still have lots to learn, and at times I might not be around all the time because I also have some real work to do irl, so I hope you'll bear with me, and be nice, mmkay? And I'd like it if you won't say any unkind words in any languages, because I think contributing in here would be more enjoyable if everyone are nice to each other.

How I got into Ultra Series

When I was a kid, I remember when I tuned to several TV channels in hopes I can watch some cartoons. On the way, I tuned to the show where a certain blue giant was battling a Kaiju. Even though I didn't getting interested at first, as I watched more episodes, I learned that this particular giant, better known as Ultraman Cosmos, prefers much to calm several Kaijus instead of destroying them, unless if those Kaijus wanted to do bad things. So I started to become intrigued to watch the show, and that's how I started to get interested in Ultra Series.

Retrieved from "https://ultra.fandom.com/wiki/User:Starry_Windy?oldid=351830"
Community content is available under CC-BY-SA unless otherwise noted.