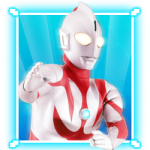 None (but will be made soon)

Depending on the other films

Depending how long the film has minutes

This is your user page. Please edit this page to tell the community about yourself!

One peaceful night on Earth, but today the night is acting weirdly by a monster who came to earth in a meteorite 20 years ago which is, Gimira. A vampire monster who came to earth to clam monster island for making one of the monsters as their slaves. Gimira looks around to see there's other monsters living in earth, but above the ground level he sees Hyper Gyaos flying and charging into Gimira and Gimira kicks Hyper Gyaos in the air making him to fall to the ground making Gyaos as his slave to fight him. After a short battle, Gimira sucks Gyaos' blood turn Gyaos as his slave. Gimira has his first slave and he wants to find Gomora turning him as a slave as well. but suddenly, Gimira hears a another monster called Dorako.

Originally, Gomora vs. Gimira was originally supposed be a halloween themed movie in October 2013, but due to the long minutes long of effects and sound effects. The realize date was skipped to January 2014 and were are waiting for part 2 to be realize.

Gomora vs. Gudon and Twin Tail

After the whole of Gimira's slavery at night in the previous flim, Gomora is sleeping on his large rock at dawn and he hears two monsters fighting in a mile away. Which is Gudon and Twin Tail who is disturbing Gomora from his sleep and its almost morning. Gomora gets angry, so Gomora fights Gudon and Twin Tail a short fight and he decided to leave. Suddenly, Gudon and Twin Tail fights back at Gomora

The plot has a similar story to Goji73's project, Godzilla and his Amazing Friends episode 6.

One day in Land of Light, Ultra Father and Mother are watching one of Ultraman Nice's spark doll commercials on Planet TOY-1. Suddenly, a black and white static coming from the large TV screen and paralyzing Father and Mother and turns them into white sand. The other Ultramen (like Ultraman, Ultraseven, Jack, Ace, Taro and 80) herd a scream which sounds like Ultra Father and Mother are in danger and investigate the situation, only to find that all that remained was a pile of white sand where Father and Mother were abducted. After collecting samples of the white sand, and suddenly trapped within the planet itself by an invisible electrical force field created by the Dada virus. The other Ultramen are being attacked by Dada’s true form, as well as two illusions of himself! Dada shot down and paralyzed the other Ultramen leaving Neos alone with them. Ultraman Neos appears and sees the abomination that Dada has done. Suddenly, Dada appears from the screen to attack Neos. Suddenly, Neos flys to Earth and Dada chases after Neos on earth. After a long or weird fight between Neos and Dada (one odd scene is Dada shrinks Neos into human size and one of the Butterfly Morphos emit a pollen that causes Neos to turn into his normal size), Neos finds a weakness for Dada's power source (a nearby power plant and electricity wires), and Neos finally uses his specium ray causing Dada to explode. However as Ultraman, Ultraseven, Jack, Ace, Taro and 80 are unparalyzed and Neos flys back to Land of Light where he turns a pile of white sand into Ultra Father and Mother are finally back to there normal bodys. Later on, Ultra Father checks the wires to see there is no more Dadas here and goes back to sleep with Mother, the TV screen monitor turned itself back on and eerily muttered… “Dada.”

Sealed away in a volcano, one massive eruptions took place. One awoken awoken Birdon, a large prehistoric bird. After being released, Birdon took off in search of food, which instinctively was Gomora. He then began rampaging in monster island in search of food, marking the location as his own territory. Then Birdon noticed Ultraman Neos.

Birdon saw Ultraman Neos as a threat to his "territory" and attacked him instead, stabbing Neos repeatedly all over his body with his sharp beak, until Ultraman Neos shockingly died of his injuries. With Neos dead, Gomora appears charges at Birdon and rushes over to Neos' dead body, Birdon turned his attention to Gomora who begins to fight off Gomora, Birdon attacked Gomora and the two monsters resumed their rivalry, but Birdon was far too powerful and swiftly overpowered Gomora and killed him with his beak. Once he was finished with Gomora, Birdon took off to return to his volcanic nest, leaving the island devastated over Ultraman Neos' and Gomora's death. Luckily, there dead bodys were rescued and returned to Nebula M78 for resurrection.

As days passed and with the number of worm larvae eaten inside underground, Birdon soon found a new meal: small monsters, as he devoured whatever entered the territory he claimed. To make matters worse, a toxic sulfuric mist was seeping out from Birdon's volcano, which posed a threat to Monster Island. Suddenly another Ultraman, Zoffy arrived to fight Birdon to avenge Neos. However despite Zoffy's experience, Birdon fought back, lighting Zoffy’s head on fire with his flames and continuously stabbing him like with Neos until he killed Zoffy too! Tired from the fighting, Birdon returned to the volcano, this time leaving Zoffy’s dead body in his wake. Now with Zoffy and Neos both dead, Birdon resumed his diet of small monsters as it seemed now nothing could stop his ancient might.

Birdon soon attacked another island in search of food. Then miraculously Ultraman Neos, now revived by Ultra Mother arrived on the scene and relentlessly attacked a shocked and wide-open Birdon. Birdon tried to fight back with his beak, but Taro avoided his attacks and then uses his weapon, the Neos Eddie Rave to set Birdon on fire repeatedly. However just as it seemed Neos was about to win, he ultimately was forced to let go of Birdon in order to rescue his friend (Zoffy) from Birdon's earlier attack, allowing Birdon to escape. Suddenly Ultra Father discovered a shocking fact inside the volcano, Eggs! If they hatched, there would be dozens of more Birdon's in the future!

As Father attacked the nest, Birdon returned to defend it, downing their powers. Ultraman Neos and Gomora appeared once again and attacked Birdon. Using the Ultra Tape as a muzzle, Neos disabled Birdon’s main weapons, but it was not enough to stop Birdon yet as it continued fighting. Neos then got an idea. Recalling the his own powers, Neos lead Birdon back torwards the volcano and then performed the Neos Split (a power that Ultraman Taro give him). Birdon became confused, crashing into the volcano and he fell deep into it’s recesses as another eruption sealed Birdon back inside his prison and destroying his eggs. With Birdon now gone for good, Zoffy's body was recovered and taken by Neos and Mother back to Nebula M78 to be revived as well.

Retrieved from "https://ultra.fandom.com/wiki/User:DeadMonkey8984?oldid=128368"
Community content is available under CC-BY-SA unless otherwise noted.