None
Uringa (ウリンガ, Uringa) is an alien which appeared in Ultraman Leo episode 29, "Japan Masterpiece Folklore Series - Reunion of Fate! Dan and Anne".

A alien from outer space, Uringa came to Earth as a boy named Uriy (ウリー, Uriy) after he was adopted by a woman who may or may not be Anne Yuri, a female member of the UG, a previous attack team. After that, he was sent to play with some children but when he was about to be squeezed, he broke free by using ESP. MAC soon detected his actions as Dan and Gen were sent to catch the boy. Dan managed to tail the boy as they engaged in a battle using psychic powers. Though Dan's abilities were proven superior to the the boy's, Uriy managed to escaped.

The next day, Uriy made his next mischief by using his ESP to spin a Ferris wheel, then destroying it out of his satisfaction. MAC once again dispatched to chased the boy again but while investigating the ruins of the Ferris wheel, Uriy revealed himself at a roller coaster, using his power to control it. When an autonomous roller coaster was about to clash with his, both of them disappeared upon collision. After that, the roller coaster rail exploded much to MAC's surprise. Dan chased the boy as they duel with their ESP again but this time, he loses. Uriy's mischief had gone too far to the point where he knocked out his own foster mother. Gen chased the boy as Uriy transformed into Uringa and Gen as well transformed into Leo to fight. As Uringa fired his eye beams, Leo evaded it until a blast hit him, causing Leo to be temporary suspended in the mid air until Uringa pound him to the ground. After evading several attacks, Leo finally made his move by attacking Uringa. Uringa fired his eye beam at Leo again, but instead it hit a parabolic antennae and was reflected back at the alien, knocking him back. After being beaten severely, the alien surrendered as Leo took the Ultra Mantle and covered Uringa with it, reverting him to Uriy. Uriy reconciled with his foster mother as Leo brought them to space. 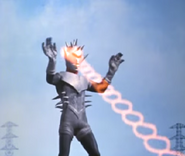 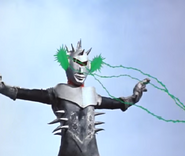 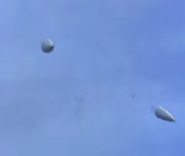 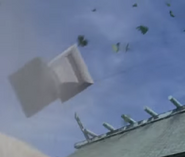 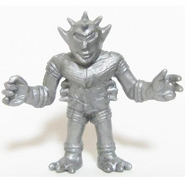 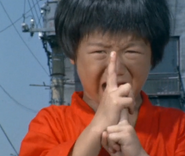