None
Unizin (ユニジン Yunijin), also called "Yunikin", is a Kaiju that appeared in Ultraman Max.

A giant deity from the confines of space and time, Unizin has orbited the Earth like a comet, appearing once every twelve years of Christmas Eve. One man by the name of Dr. Kori wanted to study Unizin after seeing the monster himself when he was a boy. Even though he was called a con artist trying to capture Unizin he never gave up his search. On Christmas Eve day, he was working on his self made radar that would find Unizin when Elly came and was shocked by the device. After Dr. Kori repaired her the two made a trap to capture Unizin. That night, the dimensional Kaiju made himself known as both DASH and Dr. Kori captures it in a mystical trap, but time around him began to disappear. Kaito turned into Ultraman Max and made a barrier to slow down the process. Not wanting the graceful giant to be hurt Dr. Kori let it go, restoring everything to normal. Unizin gave the doctor the branch of a tree he had not seen in some time, whether it was intended to be given to him or a reward for releasing him was unknown, but he was grateful nonetheless. Elly of Christmas

Disintegrate
Add a photo to this gallery 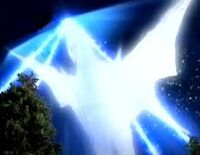 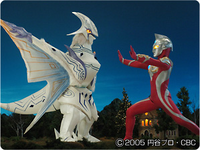 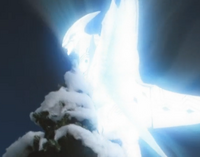 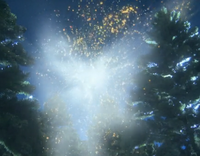 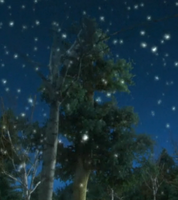 Area around Unizin vanishes into space-time. 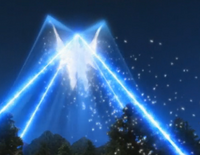 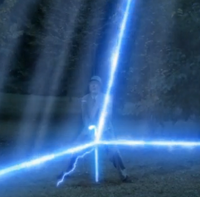 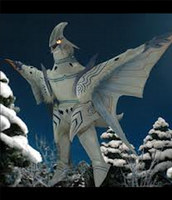 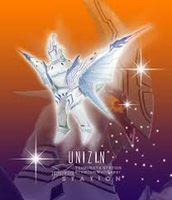 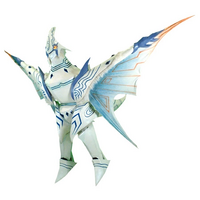 Add a photo to this gallery
Retrieved from "https://ultra.fandom.com/wiki/Unizin?oldid=522682"
Community content is available under CC-BY-SA unless otherwise noted.