Undergroundmon wanted to invade the surface world for conquest. He used the chouju Gitagitanga to destroy industrial areas and help block out the sun. TAC was quick to respond to the situation and Undergroundmon that his species needed more space than they have underground. The next day, Undergroundmon summoned Gitagitanga to destroy more industrial areas. He trapped Dan Umezu, who proclaimed himself to be the "sixth Ultra Brother", and proceeded to join the Terrible-Monster. He grew to enormous size are downed TAC's planes. Hokuto summoned Ultraman Ace and Ace fought against the duo. The two monsters overpowered Ace and the sixth Ultra brother called the Ultra star to encourage Ultraman Ace. Ace destroyed Gitagitanga with the Ace Lifter. Enraged, Undergroundmon fired his laser but Ace set him on fire with a Ultra Beam. Groaning, Undergroundmon collapsed then exploded. 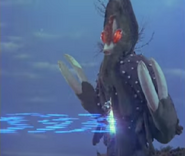 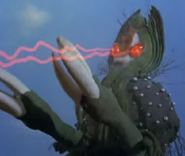 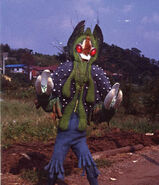 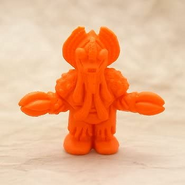