Ultraman X episode 3 "A Song That Calls the Night"

None
The Underground People (地底人 Chiteijin) are a prehistoric race that controlled the Kaiju Telesdon. They were unable to stand the light of the sun, and were always seen wearing sun glasses.

The Underground People were a group split off from the rest of mankind durring the time of the ice age, and had dwelled underground for an untold number of years. Seeking to take the surface, they saw only one obstacle in their way, Ultraman, the only being with the power to battle their technology and their monster Telesdon. Where as others had tried to destroy the alien warrior, the underground people sought instead to enslave him. They kidnapped Anne Mohaimu of SSSP's France division and replaced her with a similar woman of their agent on the surface. She helped them eventually capture Shin Hayata, the host of Ultraman and also tried to brainwash him into becoming their servant, hoping that Ultraman would become their servant as well. However when they ordered Hayata to transform into Ultraman, the flash of the Beta Capsule, caught them by surprise. The light that came from Ultraman, was a light too intense for their photosensitive selves to survive. As for their attempts at controlling Ultraman, it was unsuccessful, as Ultraman was a being of light making him incorruptible to any attempts to control his mind. As he flew away to fight their monster Telesdon, all Underground humans died after being exposed to Ultraman's light. Anne Mohaimu was rescued as well and went back to France. Overthrow the Surface

"Look at this world! Filled with toxic, irritating fake lights! The humans aim to rob us from the night! But it is the darkness of the night that is beautiful! The night... belongs to us! (Telesdon appears) Go forth! Telesdon! Wipe the surface clean, and take back the night."

While her background still remains a mystery, she had been seen lurking underneath the subway. According to urban legends in the internet, whenever someone meets her in the subway, she will cause the ground to eat them. Sometime later, she assumes the disguise of Ryoko Mabuse (間伏涼子 Mabuse Ryoko), a beauty salon manager that died two months prior.

After she manipulated Telesdon into generating multiple earthquakes, Daichi and Asuna went to investigate and witness her calling Telesdon. The next day, they visit Ryoko at her salon and Asuna revealed her as a fake, causing a short chase until she managed to get away. At night, she summoned Telesdon and commenced it as the time to destroy human civilizations to return back the "glorious night". After X defeated Telesdon, the Underground Woman took the Spark Doll and tried to kill Asuna but she managed to evade due to her broken shoe while Underground Woman disappeared after being fired by energy bullets and left her sunglasses and Telesdon's Spark Doll. A Song That Calls the Night

In part 2 of episode 197, everyone was trying to figure out what was wrong with Keroro due to his obsession for drilling holes. Kululu explain this by presenting pictures of hole-based things like anniversary rock records, female news reporter (in Japan, female news reported read as "Joshi ana" (女子アナ, "Joshi ana"lit. female announcer) since the word is close to "Ana" (穴, "Ana"lit. Hole)), entering Kotatsu (in Japan, it pronounces more like digging in since kotatsu is a small table), a mole and others. Among them were a picture of the female member of Underground People, marking her small cameo appearances in the episode. 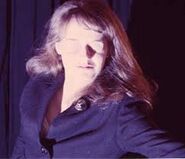 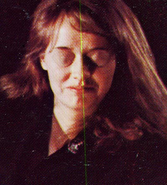