N/A
Ultraman Scott (ウルトラマンスコット Urutoraman Sukotto) is the youngest of a group of three Ultras that came to Earth chasing after the Sorkin monsters that landed on the planet.

Scott, like the rest, combined his body with that of a jet pilot that crashed thanks to the Ultras arriving. After being told just exactly what they are and joining the Ultra Force, Ultraman Scott entered his first battle against the rampaging Garuballade in San Francisco. As the monster ripped everything around it to pieces, Scott managed to lift it up and throw it onto a small island off the coast.

The sheer force of the blow caused the majority of its body to shatter, revealing its true form that was hidden within; Eem! The creature unleashed an electrical attack on the giant, holding him back until the Ultra Force mother ship entered the battle and took the rest of the assault, freeing Scott. Able to fight back again, Scott cut the creature to pieces with his cutter disks before completely vaporizing what remained with his mighty Granium Beam.

While Ultraman Scott would help the confused monster Zoon find a new world to live on, he wouldn’t see real action again until King Myra began its wicked attack on New York City! Utterly destroying everything in its way, King Myra proved to be the strongest space beast yet!

Able to contend with all three Ultras at once, King Myra used his enhanced strength and teleportation to overpower his enemies. While at first, it seemed the Ultras had finally been defeated, the three were revived by the mother ship. With a new game plan, they managed to avoid Myra's tentacles long enough for one to be blown off by the mother ship. Ultraman Chuck then created an energy bubble around the behemoth, allowing the trio to carry Myra out of orbit. The gigantic creature lashed out again, but the heroes simply grabbed the tentacles and used them as ropes, as they dragged the vile fiend to the sun and threw him in, finally ending King Myra's wrath.

While the strongest Sorkin monster was vanquished, many were still remaining. Scott, and the other two Ultras, remained on Earth, waiting for their next call of duty. Ultraman: The Adventure Begins

Scott fought Belial but was defeated and frozen, but was later revived by Ultraman Zero after the Plasma Spark was returned and went to listen to Ultraman King's speech.

This Scott is assumed to be an alternate version of himself. Mega Monster Battle: Ultra Galaxy Legends The Movie

Scott appeared in this movie for a short while to give powers to Zero. Ultraman Zero The Movie: Super Deciding Fight! The Belial Galactic Empire

Unlike most Ultras, Scott transformed by will alone. At first, he had to be in mortal danger but afterward, he could transform at will as signified by the light in his eyes. 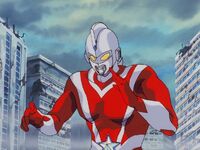 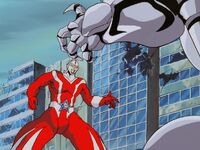 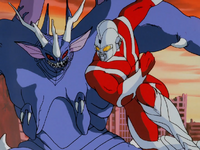 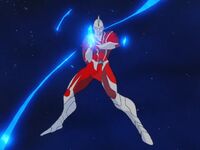