Ultraman R/B The Movie: Select! The Crystal of Bond (劇場版ウルトラマン セレクト！ のクリスタル Gekijōban Urutoraman Rūbu Serekuto! Kizuna no Kurisutaru)[1][2] is a 2019 Japanese tokusatsu movie based on and set after the series Ultraman R/B. It is also the final Ultraman Series movie to premiere in the Heisei era.

The Minato family has been living peacefully in Ayaka City, without any monsters appearing for a year. Isami and Asahi have found their dreams and are striving to reach them, but as for Katsumi, he is still wondering what he wants to do in the future. Katsumi decides to meet his friend Toi, who is striving to become a game creator. However, he had quit his gaming company and was living in his house withdrawing from social life. Katsumi was shocked to see what happened to Toi. An evil voice had approached Toi’s isolated heart; the voice called himself Tregear. Tregear had also approached Katsumi’s heart and flew him off into outer space far from the earth where monsters live.

Meanwhile on Earth, the monster Snake Darkness had appeared, and Isami transformed into Ultraman Blu, fighting along with Riku Asakura (Ultraman Geed), who had come from a different world. Will Katsumi be able to come back to his family? What are the evil Tregear’s purpose and true self? The power of bonds will work miracles…! 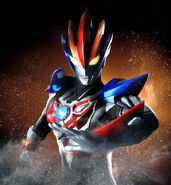 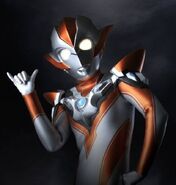 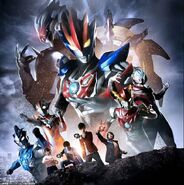 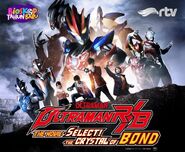