Ultraman Orb The Movie: Lend Me The Power of Bonds! (劇場版ウルトラマンオーブ: 絆の力,おかりします! Gekijōban Urutoraman Ōbu Kizuna no Chikara, Okarishimasu!) is a 2017 Japanese tokusatsu movie based on and set after the series Ultraman Orb[1]. The movie was first announced in the 2016 annual Ultraman Festival.[2] P-Bandai website updated that the movie will include Jugglus Juggler's Dark Ring as the key item alongside a Bullton Kaiju Card[3][4]. This movie celebrates the 50th anniversary of Ultraseven. It is Chapter 7 of the Ultraman Orb Chronicle.

A few months after the end of the series, Gai returned to the SSP after he was informed by Ultraman Zero, who had aided him in defeating the revived Galactron in Hawaii, that there was a new threat approaching. Whilst going back, Gai met Ultraman X who was briefly separated from his host Daichi after an enemy attack, and remained in the X Devizer. But during that time, Mulnau and her forces appeared and captured X to be made as part of her space jewels.

In addition to the Japanese DVD/Blu-Ray release, Mill Creek Entertainment also released the movie in the USA under the title Let Me Borrow the Power of Bonds!, bundled with the Ultraman Orb series as a single release.[9] They also launched a standalone release of the movie which was initially exclusive to select Walmart stores.[10][11]

Mill Creek Release
Add a photo to this gallery 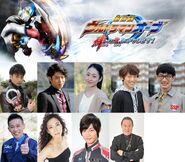 The main cast of the film 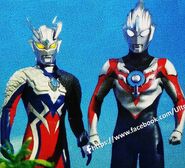 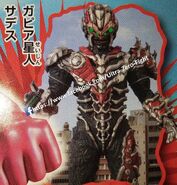 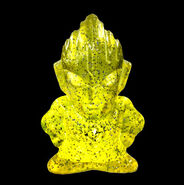 Retrieved from "https://ultra.fandom.com/wiki/Ultraman_Orb_The_Movie:_Lend_Me_The_Power_of_Bonds!?oldid=466478"
Community content is available under CC-BY-SA unless otherwise noted.