Unknown
Ultraman Motto (ウルトラマンモット Urutoraman Motto) is one of the Idemitsu Ultras associated with the oil company Idemitsu Kosan. His signature move is the Motto Ray, but he also invented a more powerful move called Adamanteto Attack after much effort and training. 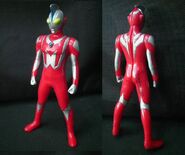 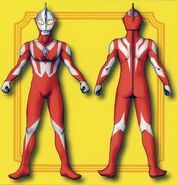