―The children's quote when they meet Ultraman.

Ultraman Land was a theme park for Ultraman fans. It was located in Sunshine City, Japan.

On February 14, 2013, Tsuburaya announced that the amusement park would shut down its operations permanently in September. On its last two days, the park opened two hours early, from 8:00 AM until 6:30 PM The park held a grand closing ceremony for the fans on its final day, at 7:45 PM. [1] 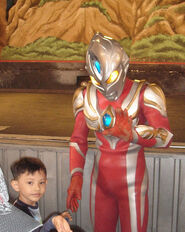 Ultraman Max playing with a kid 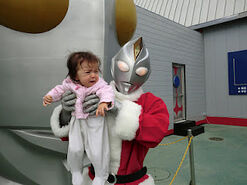 Ultraman Dyna wearing a santa clothes and hugging a girl 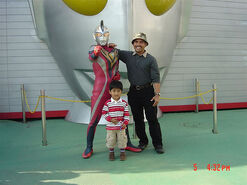 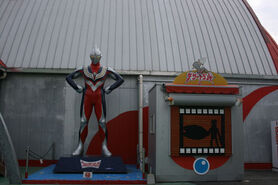 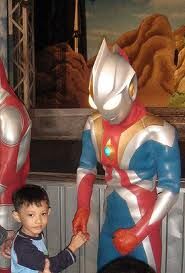 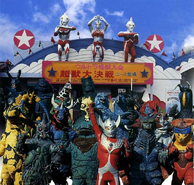 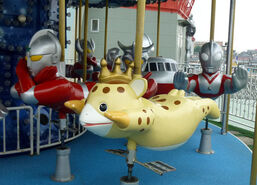 Ultraman Foundation: The leader and the branch office of Ultraman Land