This may not be the article you are looking for. For other uses of the word, see Jack (disambiguation).

Unknown (Older than Father of Ultra)

None
Ultraman Jack (ウルトラマンジャック Urutoraman Jakku) is the villainous older brother of Father of Ultra, who was envious that his brother was picked over him for the title of the Inter Galactic Defense Force's Top Commander (大隊長 Dai Taichō). In retaliation, he started his own "New Inter Galactic Defense Force" and made himself dictator, until he was defeated by his former comrades. He only appeared in the 1979 Tetsuji Kataoka manga Ultra Brothers Story.

Jack with Father of Ultra 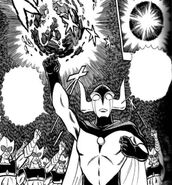 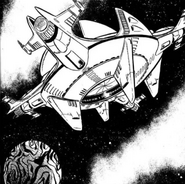