Masayuki Gotoh
Ultraman Groob (ウルトラマングルーブ Urutoraman Gurūbu)[1][2], or Ultraman Gruebe[3][4], is a Super Ultraman born from the fusion of Ultraman Rosso, Ultraman Blu, and Ultrawoman Grigio. He first appears in Ultraman R/B The Movie: Select! The Crystal of Bond.

Similar to how "R/B", which is pronounced "Ruebe" (ルーブ), is derived from the initials of Rosso and Blu, Groob (グルーブ) follows the same naming convention with Grigio ("G") added.

When Ultraman Tregear appeared backing up Snake Darkness, everyone was easily overpowered. Refusing to give up, the Minato siblings - Katsumi, Isami, and Asahi fused into Groob, activating the Makoto Crystal’s power through their family ties. Groob was joined by Riku, who transformed into Ultraman Geed Ultimate Final once more. Groob and Geed then alternated between fighting Tregear and Snake Darkness, and were eventually fighting on par with them. Finally, Groob destroyed Snake Darkness via the Groobing Beam and freed Yukio Toi from the dark influence. Ultraman R/B The Movie: Select! The Crystal of Bond

The Minato Siblings join their hands, which summons the Makoto Crystal. Katsumi then presses the side button, opening up the crystal while Isami and Asahi stand by his side, revealing its Kanji and inserts it to his Gyro. He then thrusts the Gyro forward and pulls the handles one last time and places the Gyro on his chest, before the siblings transform into Groob.

The Makoto Crystal opens up

Images of the three Ultras appear

Whirl of colors surrounds the three

Ultra Charge
Add a photo to this gallery

Energy Bullet
Add a photo to this gallery 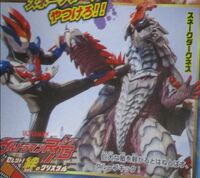 Groob Throw
Add a photo to this gallery 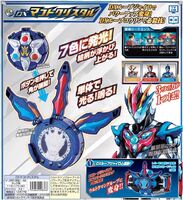 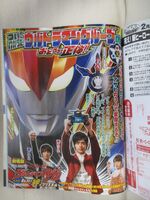 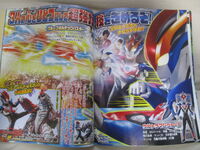 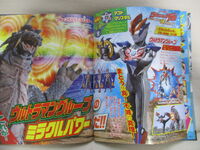 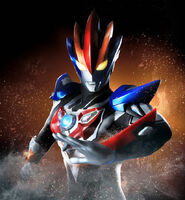 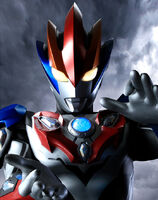 The golden ring on Groob's back.
Add a photo to this gallery

Retrieved from "https://ultra.fandom.com/wiki/Ultraman_Groob?oldid=519899"
Community content is available under CC-BY-SA unless otherwise noted.