A (All ages) (In accordance to Japan's CERO) 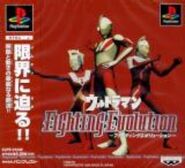