Ultraman Ball is a 1994 Gameboy video game that has received attention among many fans for it being one of the only Ultraman games on Game Boy. It has a very simple and straight forward plot, Ultraman gets the power to transform into a ball and goes to various destinations. Along the way he kills every monster in his way, but in comedic ways.

The game is compatible with the Game Boy Color.

The casual Ultraman can climb walls and ladders, but is unable to walk on spikes or kill enemies. In some stages, he gets the ability to fly. Once he transforms into a ball, he can then jump higher, roll on spikes and kill enemies. But in that form he becomes harder to move around.

There are four different levels. The three firsts levels are divided in four stages. three platform stages and then one boss. But in the final level, you'll have to beat eight stages, including the three previous bosses and, finally, Alien Baltan.

There is also some bonus stages in which you can obtain some hearts by shooting Ultraman Ball into them. But be careful, if you touch one of the Ultraman heads (that are floating under the hearts), you'll lose a heart. 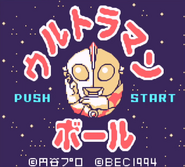 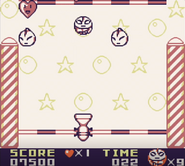 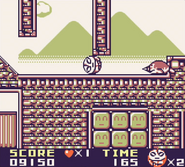 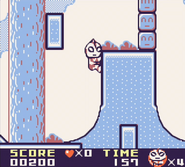 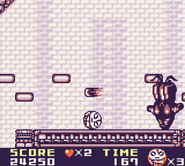 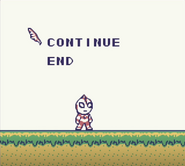 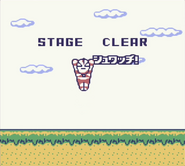 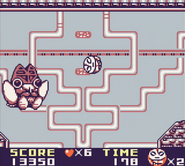 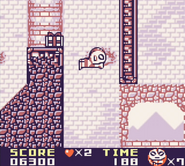 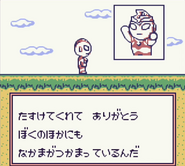 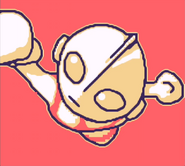 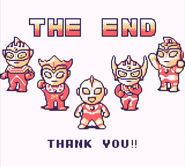