Ultraman: Super Fighter Legend (ウルトラマン 超闘士激伝 Urutoraman Choutoushi Densestu) is a Gashapon toy franchise developed by Bandai. The popularity of the toylike eventually gained a manga adaptation by Ryuu Sagawa and Jin Kurihara. The first manga series were serialized by Comic BomBom from 1993 to 1997 to a total of 6 tankobon volumes leaving the story unfinished. After nearly a decade, the manga was reprinted by Shounen Champion Comics Extra into a kanzenban edition, up to 8 tankonbon volumes and completing the story.

Continuing the plot, the story follows with a new chapter called Super Armor Legend (超闘士鎧伝, Super Armor Legend), which was never published in the manga. In 2014, the manga was serialized again following a New Chapter (新章, New Chapter), with the chapters uploaded as a webcomic, until compiled into tankobons.

A long time ago throughout the cosmos, there was once a legendary warrior called the "Super Fighter". His fists can shatter planets, his radiance shines the dark reaches of the universe. Decades after peace has returned to the universe, a martial arts events called the "Galactic Strongest Tournament" has started to commence, where every participant aims to be the new legendary fighter. Warriors stands, and a new legend rises. 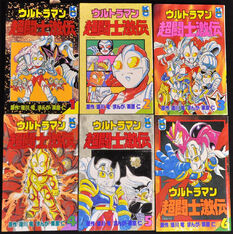 All the original tankobon covers 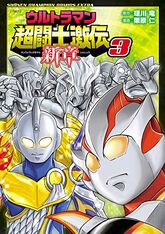 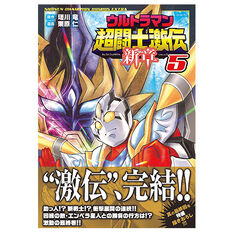