This may not be the article you are looking for. For the in-universe location, see Monster Graveyard.

Ultra Zone (ウルトラゾーン Urutora Zōn) was a variety show featuring Ultra Kaiju, leading up to the franchise's 45th anniversary film's opening on March 24. The program aired on various Japanese television networks from October 16, 2011 to March 25, 2012. Each half-hour episode demonstrated the Ultra monsters' characteristics in a variety of comic situations.

One part of the show was a short story segment with scenarios such as "if a monster comes to get a massage" and "if a transfer student was a monster." A story with special effects in the style of the 1966 Ultra Q live-action monster series will be another part of the variety show. The program's background music will include re-recordings from the scores of Ultra Q and Ultraman. Ultra Zone's creators hope the various comedic aspects of the show will appeal to a wide viewership.

Some Ultraman characters appearing on the show were aliens from the planets Zarab, Tempera, Babarue, and Magma as well as the monsters Gudon, Sadola, Bemstar, and Hoe.

Gudon appears in episode 1 of the series.

Sadola appeared in episode 1 in the segment "Monster Transfer Student", where he shows off his powers to students in a classroom.

King Guesra appears in episode 3 of the series, in a segment called "Monster Massage". In this segment, Guesra was unwell, and needed a massage to feel better.

Zetton reappears throughout episodes 5 and 12.Zetton appears in a specially made segment in the show entitled "Bad Monster Zetton." The segments revolve around Zetton (whom is now human-sized) acting as a friend of a group of Greaser-esque delinquents who act as the representatives of their High School. Zetton and the group is constantly facing competition from a rival highschool for a debate on who is the only monster that can kill Ultraman whom try to outbest the group. Towards the final episodes of the segments, the group presents Zetton with a girlfriend, who is smitten by his heroics, but is kidnapped by Red King after the rivals hire him to protect them from Zetton. After a short battle, Zetton wins and scares off the rival gang for the final time. Zetton's last appearance in the series would be in the series finale, in which he and several other monsters and aliens accompanied Riho Takata as she sung the opening theme song to Ultraman Mebius.

Banpira reappears in episodes 10 and 11.

Birdon reappeared in episodes 11 and 12.

Suflan reappeared in episodes 11 and 12 of this series in the section: "The Secret of Suflan Island".

Bemular appeared in episode 21 and 22.

Alien Magma appears alongside Alien Babarue in an episode of Ultra Zone. Magma is working as a waiter, and serves various customers.

Alien Babarue appears with Alien Magma in an episode of Ultra Zone. 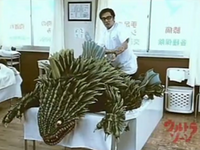 Sadola showing off his extending arms power to the other students. 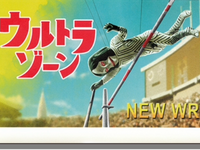 Add a photo to this gallery
Retrieved from "https://ultra.fandom.com/wiki/Ultra_Zone?oldid=512286"
Community content is available under CC-BY-SA unless otherwise noted.